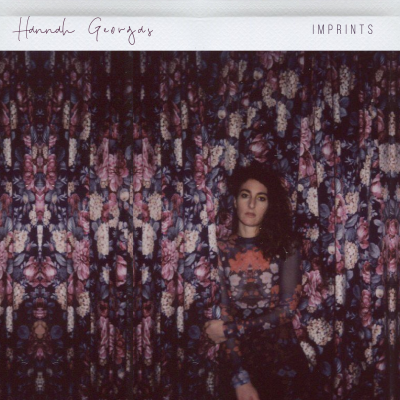 In celebration of International Women’s Day, Toronto-based musician Hannah Georgas released a collection of covers by influential women in her life. On March 8  a four-track EP titled Imprints was released, with covers of songs by The Cranberries, Eurythmics, Janet Jackson and Tegan and Sara.

According to a post written by Georgas about the release of this album, all of these artists have encouraged and helped her get through some challenging times. Georgas writes; “how these artists expressed themselves or conveyed an energy really moved me and shaped the way I listen and write music. There were many female artists I listened to growing up that I think subconsciously gave me the courage to follow my path even when there were many factors playing against me. I thought it would be special to acknowledge that and also show my respect to other artists making music too.” Georgas had a hand in creating these mesmerizing covers, recruiting friends and special guest vocalists Jess Wolfe and Holly Laessig of Lucius, Emily King, and Montaigne and Tamara Lindeman of Weather Station.

The first track, ‘No Need To Argue’, is a cover of The Cranberries. According to Georgas, “The Cranberries had such an impact on me growing up and is still one of my favourite bands. There is so much emotion and realness behind Dolores O’Riordan’s lyrics and in my opinion, this track is one of the most simply and perfectly put ‘break up’ songs.” This track, featuring the addition of Lucius, begins slowly. Georgas’ power voice quickly becomes the focal point. The addition of a soft, simple beat and backing vocals with the addition of great harmonies will leave the audience captivated by this cover. She definitely captured the essence of the track while adding her own unique touch. This leaves a more reflective impression; almost as if they are sitting down and thinking about what had happened.

The second track, ‘Love Is A Stranger’, is a cover of a song by the Eurythmics. According to Georgas, “I’m so drawn to lyrics in music and the way she (Annie Lennox) describes what it feels like to fall in love with someone is so raw and beautiful. Her lyrics reveal that it’s far from perfect. It’s painful, it’s ugly, it makes you crazy and can be consuming.”  This track, with guest vocals by Montaigne, gives the listener a floaty feeling, almost as if they are trying to capture the attention of someone to entice them to be more aware of what is going on around them.

The third track, ‘That’s the Way Love Goes’, is a Janet Jackson cover featuring Emily King. This track begins with a sound that is more sparse than the first two, with fewer instruments at the beginning. This draws attention to the voice more than anything. Musical focus is on drums and guitar, in contrast to the use of synths in the first two. This leaves a more intimate impression. However, the track does become more complex as the time progresses, leaving a more uplifting sound.

The final track on the album, ‘Back in Your Head’, is a Tegan and Sara cover with guest vocals by Tamara Lindeman. This track gives the audience a more stripped down, raw performance without all the bells and whistles that the others have included. This powerful, emotional performance allows the audience to focus more on the vocals and lyrics. A great way to end this tribute to amazing women.

Creating such a powerful album of covers by inspirational woman is just one of the many things Georgas has accomplished in her career. Her last studio album, For Evelyn, reached widespread acclaim including Exclaim! Magazine and Boston Globe. “Since her debut in 2009, Georgas has released three full-length albums including This is Good (2010) and Hannah Georgas (2012), toured alongside Sara Bareilles, Kathleen Edwards and City and Colour, and has had her music featured on HBO’s hit show, Girls. She has won numerous awards and racked up multiple nominations, including four JUNO nods, for everything from Best New Artist to Songwriter of the Year.”

Creating Imprints was just one of the ways that Georgas has paved her way to becoming an inspiration for many Being able to take four well-known tracks from some great, inspirational woman and make them her own is an amazing feat. This is only the tip of the iceberg when it comes to Georgas; as she continues to make her way and be a force to reckon with.