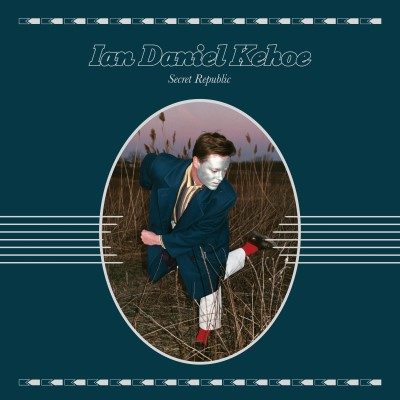 Ian Daniel Kehoe has made a name for himself over the past few years. Starting in the rock group Attack in Black, he branched off to create Marine Dreams but now, he is all on his own releasing his first solo album Secret Republic. Citing the album as 10 confident, immaculate pop songs, Kehoe is stepping well out of the normal roots he grew into.

The opening track “Prizes Through the Maze of a Jungle” shows of Kehoe’s very unique sounding vocals and how the albums with a variety of synth throughout. Leading into the more upbeat and high tempo “One Picture” (which he has released a music video to accompany this song), sounds like a Tears For Fears song with the catchy melody and easy to remember lyrics.

The title track “Secret Republic” was the first single off of the album. The opening whistling is ear-catching, it’s a sound you don’t hear much in modern music. The song is something I can hear on any modern radio station, as it can blend well into all the top pop songs you hear, but could also mix perfectly into older pop songs from the early ’80s, late ’90s. Kehoe knew the sound he was aiming for and he nailed it through this song.

“Evil People” has an opening that caught me off guard. It’s a heavy, deeper synth compared to the rest of the album thus far. “evil people/evil minds/evil creatures/evil times/evil computers/it will take over your minds” is a very believable lyrics relatable to modern times how everyone has evil intentions, even if they aren’t human.

I’d talk about the closing track “Interlude” but it’s just that. A song you’d normally find right in the middle of an album to set up the next set of songs is right at the end. Some bands have done similar things like this by having a song called “The End” at the beginning of the album but this may be the first I’ve seen of a song called “Interlude” at the very end. This may be a cliffhanger ending for maybe a second album he has planned? Who knows but it makes me excited to find out.

Ian Daniel Kehoe (or IDK as he calls himself) aimed for a certain style on this album and he hit the nail on the head. The entire album has easy to groove to music with great lyrics and storylines throughout. Kehoe shows his experience in the music industry with this album as he is still trying new things while fusing it with the oldies but goodies.