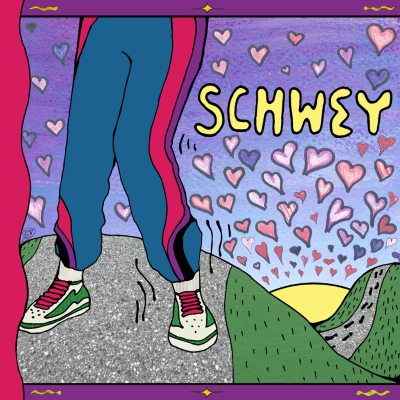 Vancouver’s own Schwey has released their debut self-titled album. The band have been making waves through streaming services, racking up thousands of streams on their newest singles released from this LP.

Instantly when “Can’t Stop (The Groove)” starts, the beat is indescribable with how smooth and catchy it is. With the vocalist’s smooth and charismatic lyrics throughout, this song is the perfect start to an album.

The following song “Elasto” which features Artemis, has a more mellow feel but so calming throughout to keep to swaying. Artemis’ voice mixes perfectly with the group and the music, keeping the song funky yet calming.

“Family Shop” was another single they released before the album dropped and, interestingly enough, I’ve heard this song and had no clue it was Schwey on my Discover Playlist on Spotify since I listen to some bands similar to their style. Mixing in some hip-hop stylings throughout, this song is insanely catchy. It’s no wonder that this song pushed the streams to over 150k.

“Fly” is an interesting song as it’s extremely mellow with a slow tempo throughout, a complete change from the previous songs. It’s a love ballad, more on the romantic side than the fun side as the other songs produced.

The final song “Fresh 2 Death” is the perfect album ender, closing out the same way they started but slightly more mellow. The entire album flowed so well throughout mixing well with this final song.

This release is the perfect album to have on during a party or even on a relaxing evening because it’s the kind of album that works for any situation. Fast and dancy when you want it to be, and calm and relaxing when you’re just sitting around at home. Schwey found a niche they fit into and made it their own with this release.