“So, I don’t know if you know this, but we put out a new album about a month ago,” Josh Ramsay informs the crowd, whose screams indicate that they do in fact know about Phantoms, released on the first of the month. And here at the Tribute Communities Centre in Oshawa on March 11th, just 10 days later, all the fans know the lyrics.

Ramsay was decked out in a sparkly gold jacket, black skinny jeans, fancy boots and an intricate mask. He and Marianas Trench were about a third of the way through the set, including new songs off Phantoms, such as their hit “Only the Lonely Survive” and recent single “Echoes of You”. Along with classics such as “Stutter” and “Haven’t Had Enough”, which had the crowd jumping and dancing with Ramsay.

Marianas Trench, the new school pop/rock band from Vancouver, Canada were the headliners for their Suspending Gravity Tour. The show opened with Elijah Woods x Jamie Fine, stars of the show “The Launch” which “launched” their hit single “Ain’t Easy”.

Following the success of this single, Woods and Fine have continued working on new music and released an EP entitled 8:47 on March 8th. They played a few songs off of their EP along with a soulful and upbeat cover of “Gold Digger”. Their rendition of the Kanye West song demonstrated the strength of Fine’s voice and the duo’s ability to engage the crowd. Fine put her whole soul into her performance and Woods grinned wildly while bopping along to his beats.

Fans who showed up early to hear and see Woods x Fine knew every word to “Ain’t Easy” and danced with joy along with the duo. This isn’t an easy feat for every opening act, but Woods and Fine deserve all the love they received. Their chemistry as performers is electric and only enhances their music. 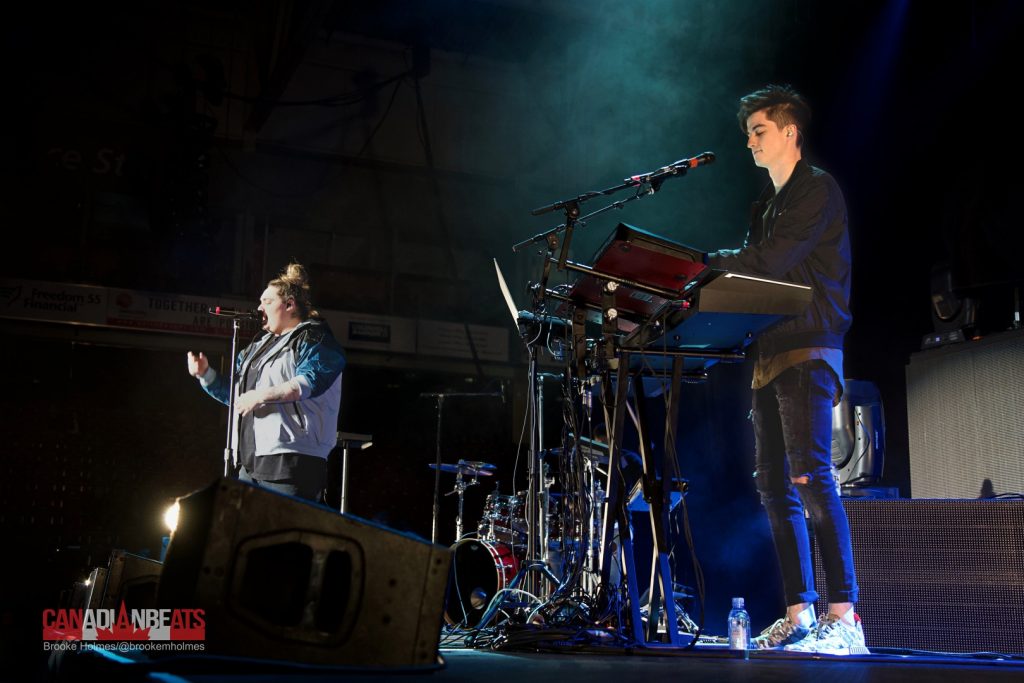 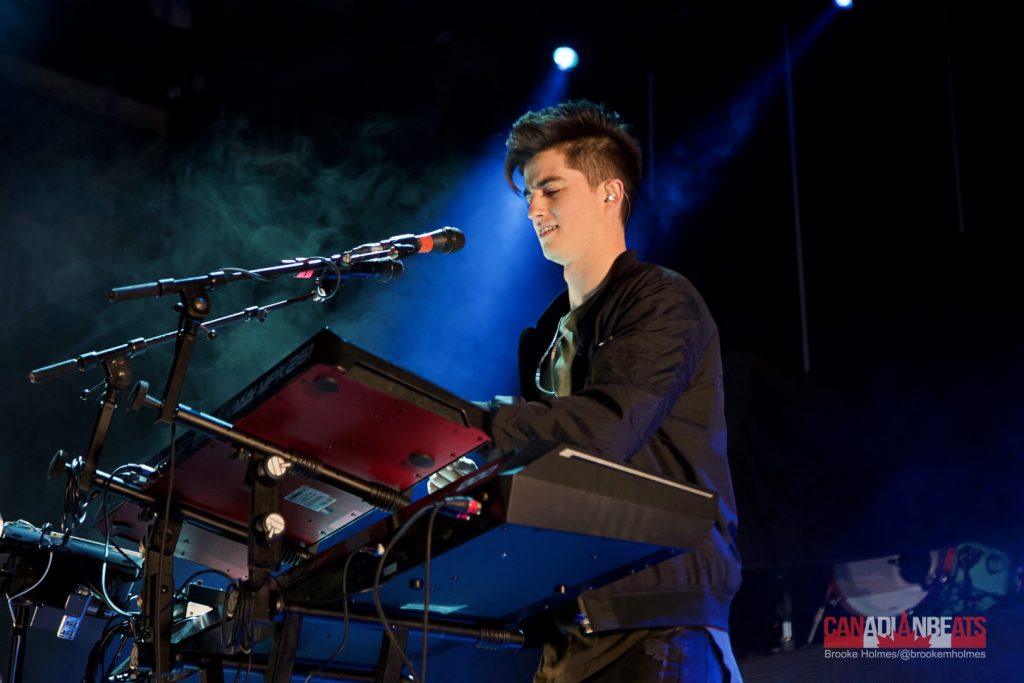 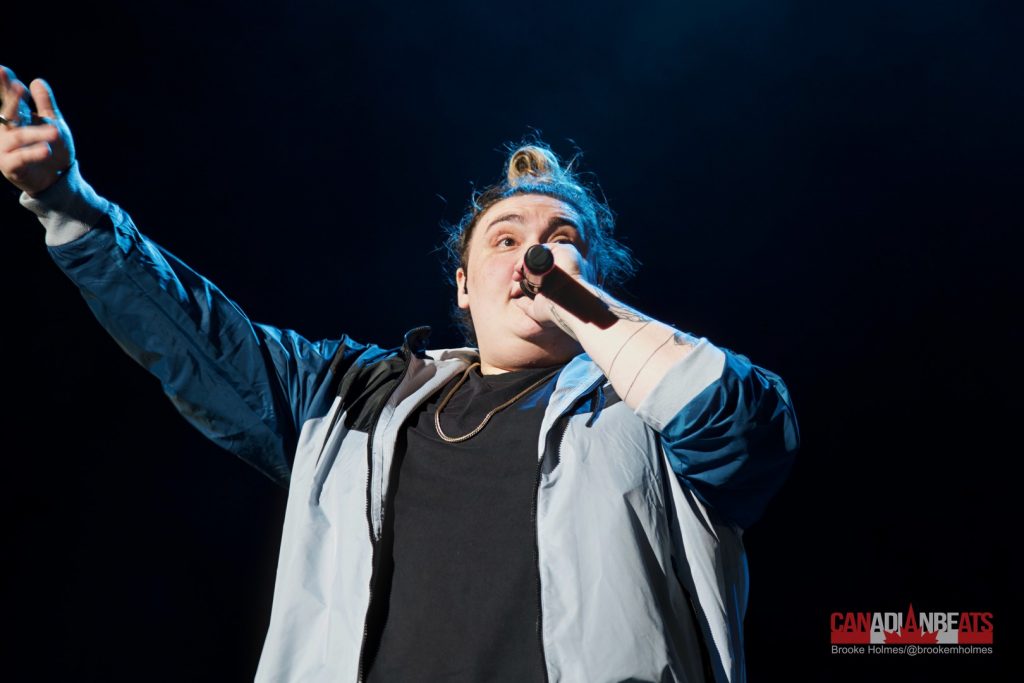 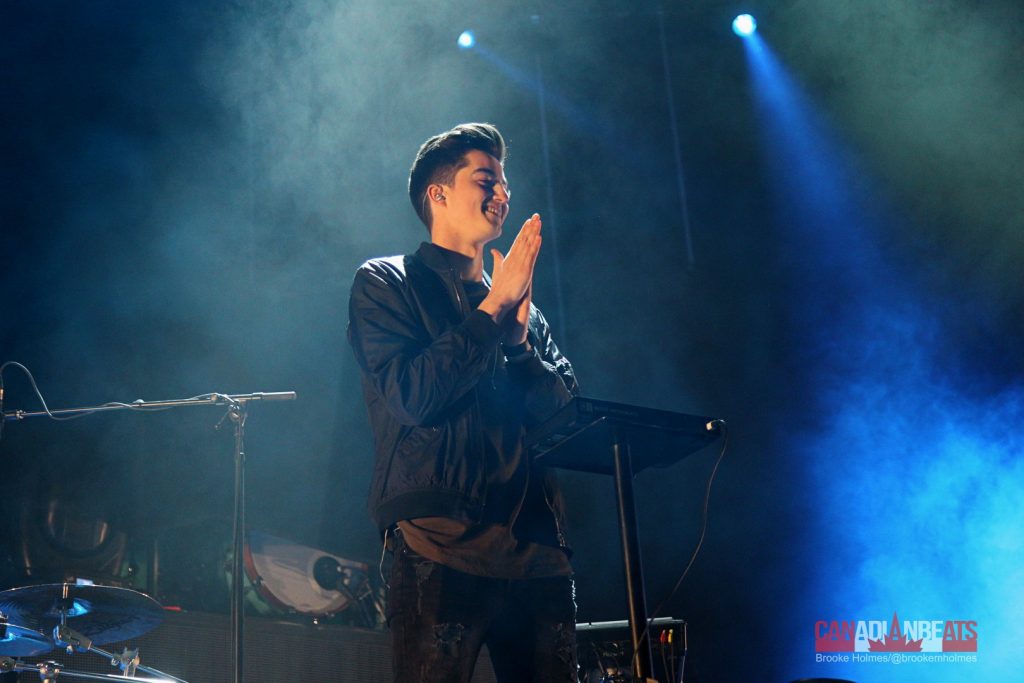 By the time Marianas Trench had made it to Ramsay discussing their recent album release, he already had the crowd in the palm of his hand. The opening notes to the “oldie but a goodie” that is “All To Myself” play and Ramsay raised his microphone high to hear the crowd scream every lyric. Having been a band for over ten years, Marianas Trench has some long-time fans who show their dedication through the appreciation for the older songs.

What really sets a Marianas Trench show apart from others is their live musical talent. Ramsay’s killer pipes are well known and established, he’s no stranger to pushing himself to out-sing himself every night. Matt on guitar, Mike on bass and Ian on drums, each putting their all into their instruments. Having a lengthy catalogue of songs which intricate and meaningful lyrics go a long way.

Highlights of the show included Ramsay braving a “death walk” through the crowd, which resulted in him jumping and dancing with small crowds as he made his way around the floor, and a wicked mash-up of “Cross My Heart” and “Celebrity Status”.

The guys rock through “Fallout” before they walk off stage, only for Josh to come back for a solo sing-a-long of “One Love” with a glittering crowd of cell phone lights. Then the melodic and harmonious “Who Do You Love” before they finish with the closing song on Phantoms, “The Killing Kind”. A signature of Marianas Trench, to open and close the show with the first and last songs of their most recent album. This makes the shows even more meaningful to fans, who feel immersed into the albums themselves through the shows.

Ramsay thanks the crowd for attending, saying he can’t believe people still show up, all these years later. How could they not? Fans will continue to show up, as Marianas Trench puts on such a spectacular show, every single time.

The Suspending Gravity Tour continues until March 29; dates and tickets can be found on Marianas Trench’s website. 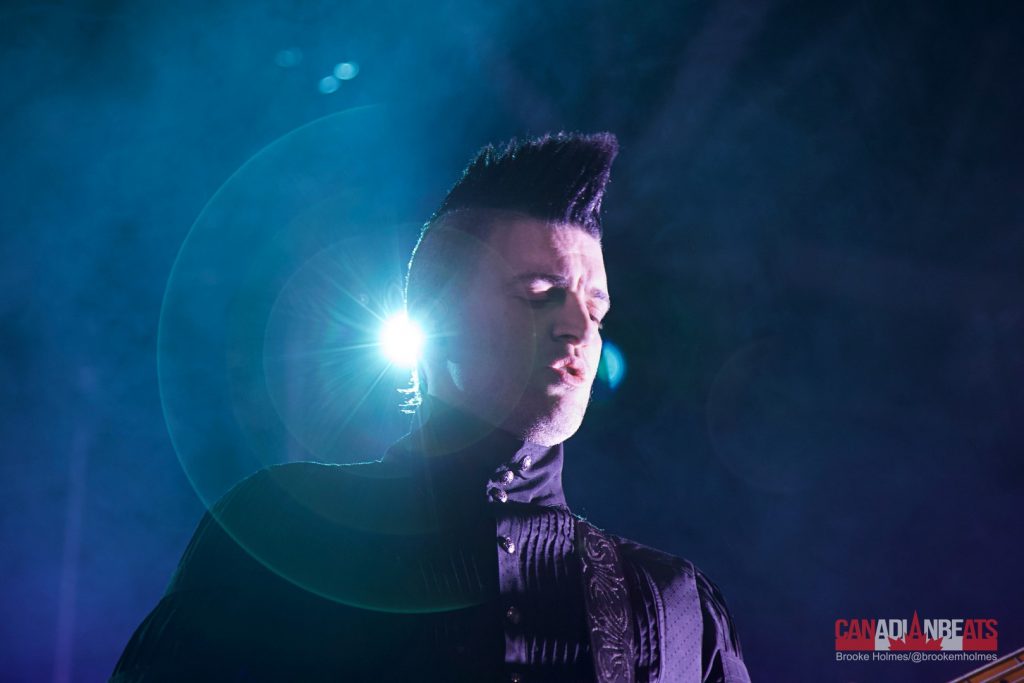 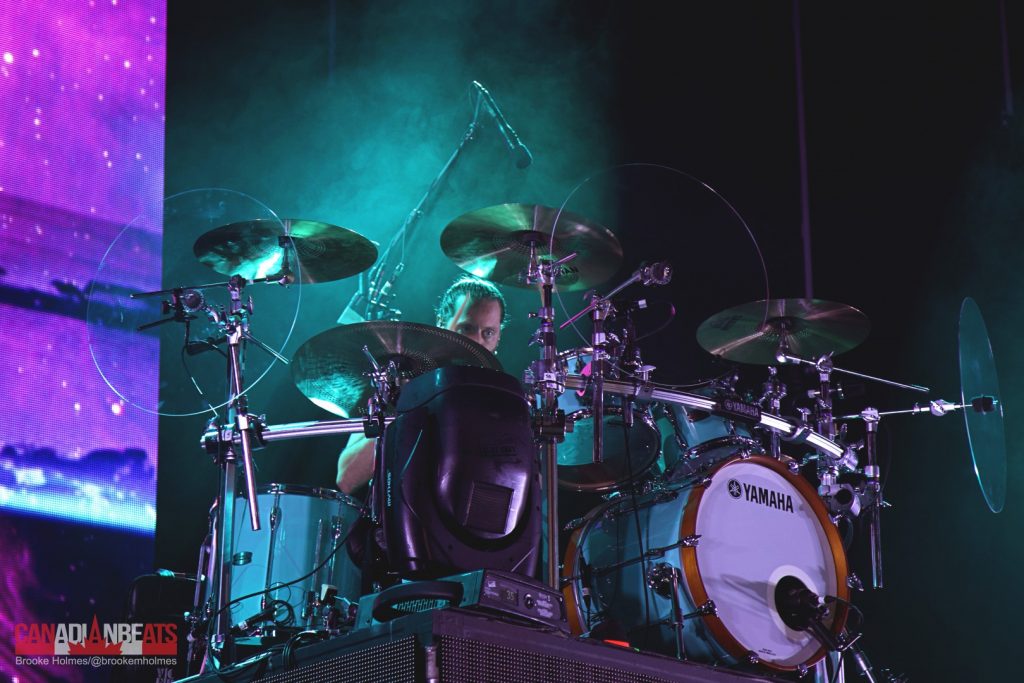 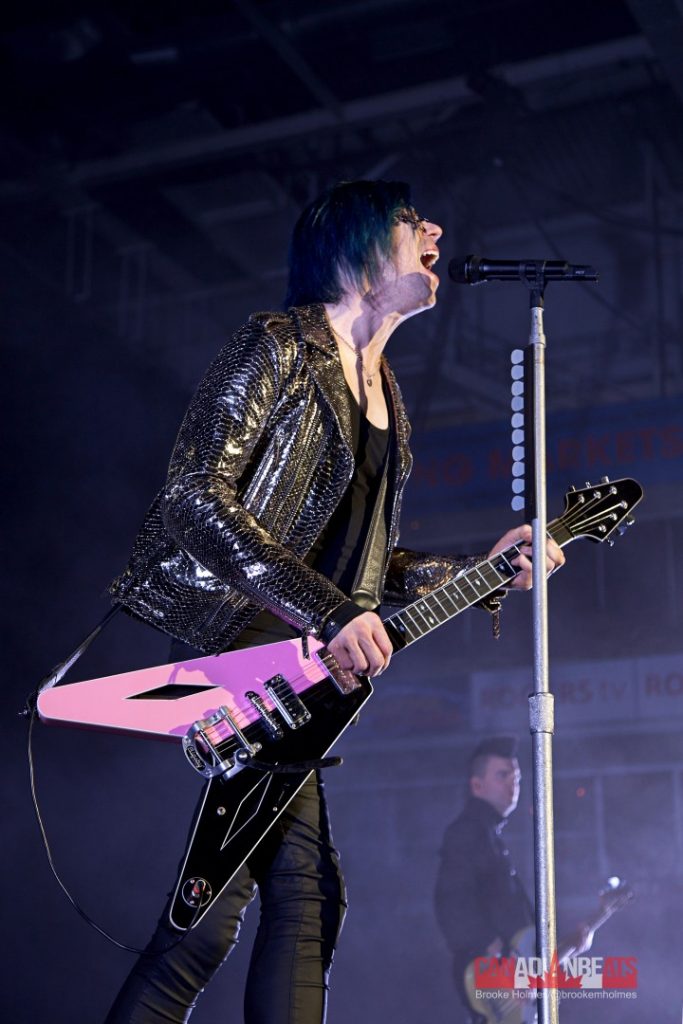 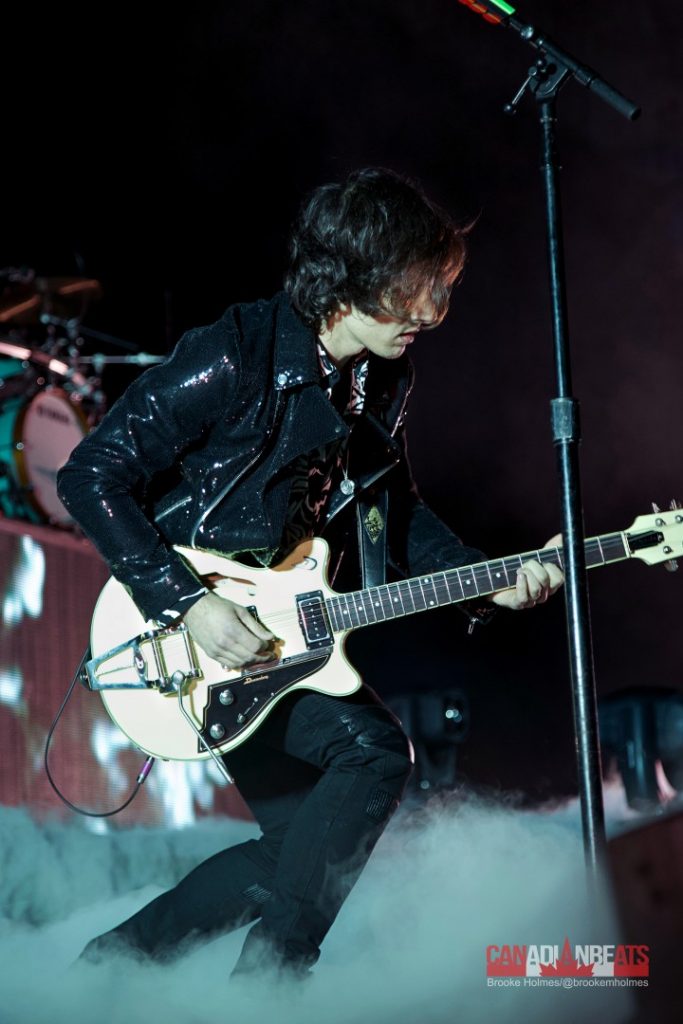