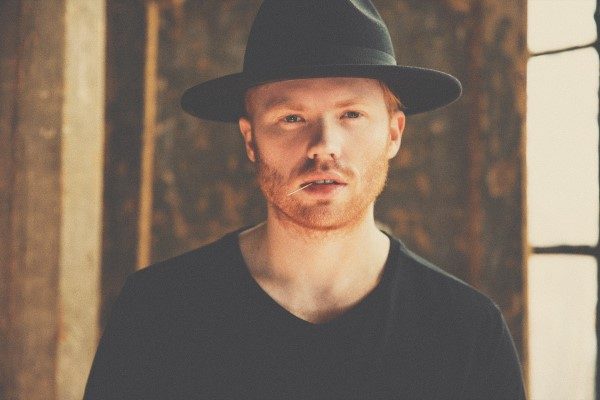 Wes Mack has been a Canadian country rising star since his independently released 2013 debut single Duet. The record hit the Billboard charts and the music video went on to earn two CCMA nominations. From there he released his debut album in 2015, Edge of the Storm. The Calgary-born Mack hasn’t looked back since; continuing to churn out catchy country-pop singles and nabbing a few more CCMA nominations along the way.

On the performance side, Mack’s credits include opening slots for heavyweight acts like Florida Georgia Line, Dierks Bentley, and Miranda Lambert. In 2015 he joined country-crossover legend Shania Twain on selected dates of her first arena tour since completing her Vegas residency.

His latest single is “Never Have I Ever” featuring rising act Sons of Daughters. The romantic harmony-filled tune is released alongside the release of the new action-filled movie Cold Pursuit; the drama stars Liam Neeson and features Mack in the role of Dante, an ambitious young man caught up in the world of drugs and gangsters.

We caught up with Mack to talk about his new single, budding acting career, and the possibility of new music.

How did “Never Have I Ever” come to be with Sons and Daughters?

Get ready for a long story…I sat down with Jimmy (one half of Sons of Daughters) and my friend David Borys a couple of years ago and wrote Never Have I Ever.  From day one I felt we had something special.  By summer 2017 we had produced a complete version of the song that was very pop-driven and something about it always felt off to me.  Last summer I was thinking a lot about the album I’m working on and the music that really inspires me.  Artists like Eric Church, Dierks Bentley, Brothers Osborne, Chris Stapleton, Kasey Musgraves, John Mayer, Fleetwood Mac…. I could go on, but I realized there was a common thread between a lot of the music I love as a listener.  It was less glossy, more organic and less busy with pop hooks.  I took a look at what I was doing and, I had to admit quite frankly that I was not making the kind of music I truly love.  So it was a humbling moment for me.  I feel like that word is often used wrong, like when someone wins an award and they say they are humbled.  I think that is likely a moment of the opposite when you are riding high.  The moment I felt though… that was humbling.

However, it made it very obvious to me what I wanted to do.  I called a bunch of the guys I work with down to the studio and didn’t tell them why.  When everyone arrived I said, “I want to take everything we did on Never Have I Ever and start over.”  I got some laughs.  But I was serious.  We got into it and I worked as a co-producer alongside my friend Jordan Orbek and Jimmy from Sons of Daughters.  We came at the song with a new perspective: no more chasing a hit, no more chasing popular.  And, it was the most fun I’ve had making music in many years.  Felt like being a teenager in a garage band when all you want is to make music… no thoughts for the marketing.  We just played the song, keeping it simple and adding pieces that felt laid back and not so pushed.  And that is how we got a song that I think breathes and feels like it is played by people, not programmed you know?  It burns slow.

Then I got to chatting with Jimmy and said I wanted to find a female voice to feature on the track and the answer became obvious.  Jimmy’s vocals were already all over the song and I LOVE Chrystal’s voice… it has a classic sound to it and adding her to the song really added something special.  So Sons of Daughters came to be the feature.  It has been a joy to make this song with them and to be working with my friends on something that makes me happy.

Is there any advice you received early on in your career that you’ve been able to, or would like to, pass down to them?

I think I would say to go with your gut.  The music business is very full of people who will have a million and one ideas about what kind of artist you should (or shouldn’t be).  I think having a clear idea of yourself and what makes you happy will give you a voice as an artist and as a person.

Since releasing two singles last year – “House on Fire” and “PBR State of Mind” – is there a new album in the works?

There is an album in the works.  It will follow with more of what I was talking about above.  Music that feels more stripped and less glossy – songs that cut deeper.  A full album is coming in June.  It’s called SOUL.

Not only are you continuing to grow as a musician, but now you’re also adding actor to your resume. How did this come into play?

I don’t know that I would really say adding.  I’ve been acting for film and television projects for about 10 years now.  I’ve been very fortunate to be able to carve out a career as a musician, a producer, a writer, an actor and as a director.  I think the common thread is a desire to tell stories and express myself and honestly to have fun doing something that makes me feel free.  The multiple careers often fight each other time wise and I think it would likely be simpler if I did less of them.  But at the end of the day they all create joy in my life and allow me to tell stories in different ways, so I make it work.

With so many opportunities coming your way and so much already accomplished, is there a particular moment or year that stands out above all else?

That’ a good question.  I think touring with Shania was an experience unlike anything I’ve done before or after.  At the time that run was touted as her farewell tour, so there was just an energy in the air every night.  Like we were part of something pretty magic.  She herself and her crew and band were all so good to us and it was a dream being up there with her singing every night.

What else can fans expect in 2019 from Wes Mack?

There is a music video I have directed for Never Have I Ever coming very soon and the album SOUL coming in June.  My main focus is that album because to me if you don’t get the music right, nothing else you do with it will feel right either.  So, I’m just about to head into the studio and try to create some of the most interesting stuff I’ve ever done.  The songs are all written, now it’s time to play them and burn some tape.

Beyond that who knows?  Most years in my life have started and finished with a lot of surprises along the way.  I like that.