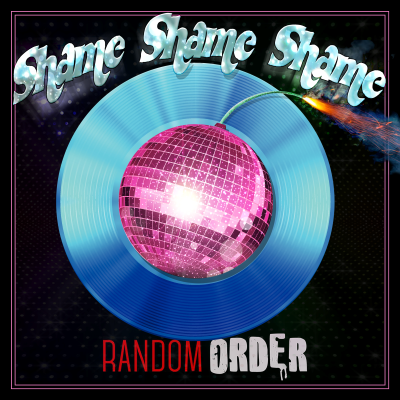 Toronto, ON-based artist Lynx (Random Order) is a vocalist, guitarist, songwriter and producer known for bringing a signature sound of upbeat music. They just released a brand new single, “Shame Shame Shame”, which could be called a modern take on danceable disco, you need to check this out!

While you’re at it, find out more about Random Order in our newest segment of Five Questions With!

I’m Lynx from Random Order. A Toronto based solo performer, songwriter, singer and guitar slinger. My signature sound is writing unique upbeat genre melding songs that reflect the performance and name Random Order. Two things that shouldn’t go together but have ended up working really well.

I write music for renegades. Those who are a little bit different and like to draw outside the lines.

The Random Order sound evolved from late nights of watching Twin Peaks, James Bond and Tarantino films. I like the soundtracks of sexy dangerous spy movies and horror films.  The influence of these soundtracks seeped into my bones.  I’ll never forget hearing Black Eyed Peas Pump It in Tarantinos Pulp Fiction with that Dick Dale surf guitar riff…

Which brought me to really wanting to shake it up both literally and figuratively and do a dance version of iconic disco song Shame Shame Shame where old school meets new school and turn it into an entire anti-shame #bewhoyouare mantra.

In terms of the actual writing process, it’s quite varied and I really go with my instincts.  Sometimes I’ll pick up the guitar and out comes the music. Sometimes I wake up and have the entire instrumentation or lyrics in my head and then there’s the flip side where I’ll spend days, weeks,  months or years it really comes down to the individual song.

Following that show, I head out on my NoShame! Tour in Europe

I’d say my shows are like a baptist revival. Very cathartic for both myself and the audience.  People feel comfortable enough to really let themselves go with it.  It’s high energy and I choreograph the shows with the Toronto based belly dance inspired troupe House Of Shimmy.

There are so many… I’ve got a pretty wide musical taste… ok I’ll narrow it down to a very short list of these, for now, Odie, Calpurnia, The Sorority and Davrielle.