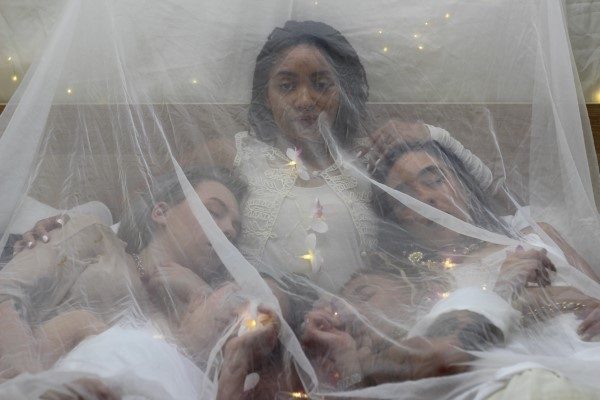 Montreal, QC-based producer, vocalist, multi-instrumentalist, and DJ, Janette King has recently released a video for her single, “Starlight”. The single is from Janette’s upcoming EP, 143 which is set for release in Spring of 2019.

Check out the video below and find out more about this talented artist in our Five Questions With segment.

Yes, my name is Janette King. I’m a Vancouver born songwriter, producer and DJ, now based in Montreal. I love to create soundscapes that move people.

I would say that my music is a cross between alternative electronic pop and RnB. I normally write with my favourite producers, Jordan Esau, Braedon and Alex Dobson however, my upcoming EP will feature other producers as well. Normally, I start with the foundation of the chords or a produced beat and then create the lyrics to compliment that. I often write about my own experiences and my life.

Yes, I have three great performances coming up!

March 22nd I’ll be DJing for one of Montreal’s best queer events, “Get Bent” at Le Belmont.

For someone who hasn’t seen my live singing performances yet, I would describe it as a journey ranging from an intimate, harmonious listening experience to an upbeat, deep house dance party. My live performance has a wide range of dynamics and also includes a lot of live vocal looping.

It would be “Starlight”. It’s soft and beautiful but makes you want to dance at the same time!