Dean Brody & Dallas Smith to tour together this Fall 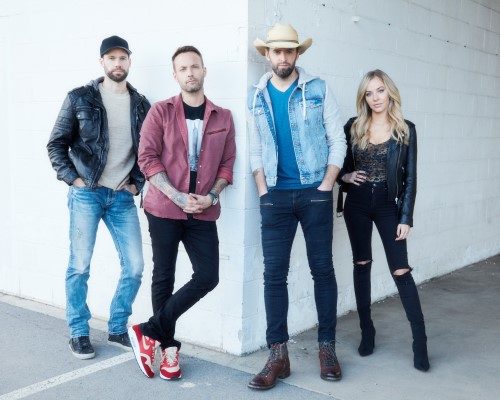 This fall will bring together two iconic Canadian country artists, Dean Brody and Dallas Smith, for the first-ever, larger-than-life, Friends Don’t Let Friends Tour Alone Tour, kicking off in Sault Ste. Marie on Sept 18, before heading across the country.

With multiple JUNO Awards and a plethora of CCMA Awards to each of their credits, Dean Brody and Dallas Smith remain two of the most celebrated artists in Canadian Country Music. New music is on the immediate horizon from both artists heading into the summer festival season and tour, with Smith’s EP “The Fall” out on March 15, which includes his latest chart-topping single, “Rhinestone World”; and Brody dropping a brand new single March 8, titled “Whiskey in a Teacup”, followed by a new EP in April.

Familiar friends will share the stage, with special guests Chad Brownlee and MacKenzie Porter joining the award-winning pair on the national tour.

Chad Brownlee, who is actively preparing for his first major label album debut, with a new single recently released, titled, “Forever’s Gotta Start Somewhere”; and rising star MacKenzie Porter, who recently released two new tracks, “Drive Thru” and her single currently climbing the Canadian charts, “About You”, both of which showcase the incredible abilities of this Nashville-based, Canadian-born singer-songwriter.