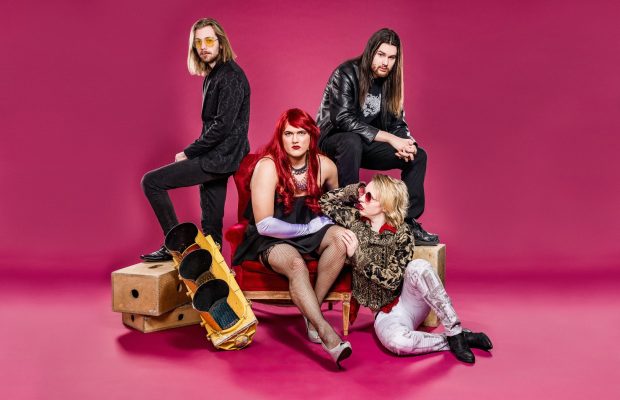 Initially forming in 2012, then reuniting in 2017, Toronto, ON-based heavy alt-rock band, PTERODACTYL PROBLEMS have been busy. On February 15, the band unveiled a video for their single, “Paresthesia”. The single, which is off of the band’s recently released album, Esoteric Hobbies is the perfect track to introduce you to this hard-hitting Canadian band.

“Most of this record is vaguely autobiographical, and the first song is no exception. To be honest it was originally written about a friend of mine but every time I look at the lyrics I see how her situation of leaving home and going to school somewhere else, feeling isolated – they were all things I was projecting onto her. I guess I can only write what I know, and then pretend it’s something original and insightful. This song is abrasive and aggressive, and some of the lyrics are disturbing. We do not want anybody to take this song as a reason or a sign to end their life.”