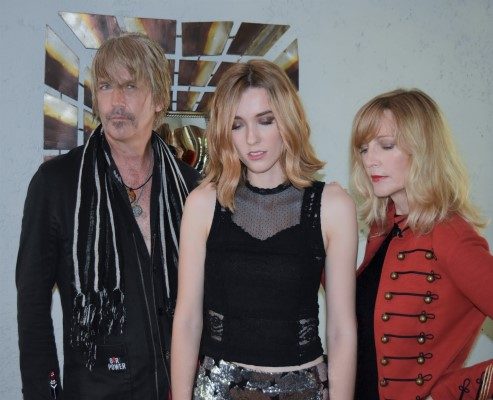 Toronto, ON-based alt-rock band, Still Eighteen is back with a brand new single, “You Hit Me Like a Drug”, which follows their previous single, “Carnivore“.

We caught up with the band to chat about the making of the video,

The idea for the hand portion of the video came about when Joey was video chatting with Samantha and Karen one day. He claimed to be having a bad hair day and didn’t want to be seen, so he picked up his reading glasses and held them in his hand in such a way that it formed sort of a puppet wearing glasses.

“We thought it was hilarious and we’d never seen it done before. As for the banana part of the video, we had music playing in the house one day when Joey was eating a banana. When he was finished, he turned the peel upside down and made it dance. Samantha thought the banana would look hilarious if it had googly eyes glued on to it. These two isolated discoveries were soon forgotten about, however, when we wanted to create a video for our song, “You Hit Me Like a Drug”, we knew we wanted it to be something really light and fun, and luckily the two ideas floated back to us. The video was difficult to film as we were dealing with browning bananas, bleeding lipstick and hand cramping, so we were under a bit of a time crunch. We had taped hair onto one of the pairs of glasses, and it kept flying off, and Karen the Banana even lost a limb while filming, which was traumatic to say the least, LOL. Luckily, we managed to pull everything off and we had BUNCHES of fun while doing it.”

Check out the video below and stay up to date with all things Still Eighteen via their socials.