Jason Benoit returns with his new single “I Won’t Go” 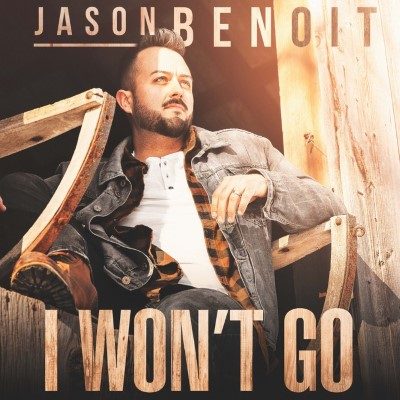 Jason Benoit is following his 2018 hit which was a modern twist on the Conway Twitty classic “Slow Hand” with the brand new single “I Won’t Go”. Benoit is a CCMA Award-winning country artist who has taken the last two years to craft his artistry and hone his new sound. Recently teaming up with Toronto producer Gabe Galluci (Shawn Mendes, Francesco Yates) at ALTR Studio to record the upcoming release “I Won’t Go” the new song is the debut single from Benoit’s forthcoming EP, Revolution Pt. 1 set for release later this spring.

Benoit’s latest track showcases an elevated style, blending modern country melodies with the familiar guitar picking and harmonies that define the country genre. “I am so excited to release ‘I Won’t Go’ for anyone fighting against the odds; in life or in love,” says Benoit. “To see the song come to life from writing and recording it, has been such an amazing experience. I can’t wait to share it with all the fans!” Benoit explains.

Benoit’s newest release comes on the heels of a banner year in 2018. With his single, “Gone Long Gone” was a Top 10 hit and reached certified GOLD status. Benoit was also Top 3 finalist in SiriusXM’s Top of the Country competition and toured across Canada hitting some of the biggest festival stages such as Cavendish Beach Music Festival, Boots & Hearts, the Calgary Stampede, and CCMA Fan Village. Undoubtedly becoming a Canadian country favourite, Benoit has seen his streaming numbers climbed to over 4.4 million.

With the promise of new music ahead of the summer festival season, Benoit was recently signed to Canadian talent booking powerhouse Sakamoto Agency as part of their 2019 artist roster. Benoit will be taking his electric live show across the east coast in May to join Old Dominion and The Washboard Union on their stadium tour. Benoit will be performing his first ever show in Quebec City on June 7 at Sainte-Séraphine’s New Country Music Night.