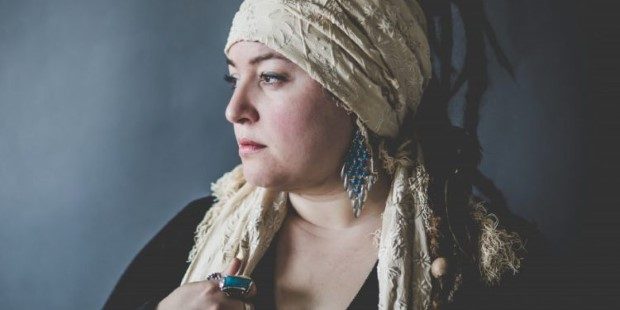 Vancouver, BC-based artist Farnaz Ohadi along with Mashregh Ensemble will be bringing the music from her debut Canadian Folk Award-nominated album, Bird Dance to concert-goers outside of British Columbia for the first time. Performing in Toronto on March 9 & 10, Ottawa on March 13, and Montreal on March 14.

We caught up with the artist for our newest segment of Five Questions With. So take a few moments to check out a video for “Persian Dance” and find out more about Farnaz below.

My name is Farnaz Ohadi. I was born and raised in Iran but grew up all my adult life in Canada, arriving there at 17. I have been immersed in flamenco since I was a child through my dad’s special interest and his extensive record collection. A trip to the south of Spain sealed the deal when I was 13. Upon arriving in Canada, suddenly the world of Flamenco opened up and I started exploring the dance and then moving onto singing in 2002 which brought me onto stage almost immediately. As a singer who understood the dance very well, I was able to start performing with mired of dancers because we could improvise, which is one of the highest aspirations for any flamenco artist.

I have always enjoyed pushing my comfort level as an artist. When it was clear I had to choose between moving to Spain to take my singing career or stay in Canada, I started exploring the idea of putting Farsi lyrics to Flamenco, as a way to distinguish myself from the amazing talent in Spain and also to find my own authentic voice as an artist. To stop imitating and carve a new path of my own and hence the birth of “Persian Flamenco” as a new genre in 2012 and I have never looked back since. I still perform widely in Vancouver and any other chance I get in Spanish but now I have this wonderful personalized vehicle of expression that is all mine.

The music is primarily Flamenco and I consider myself a flamenco artist. The rhythms are the driving point of every song. But the words also matter. Persian poetry is extremely important and often the music can take a back seat when an Iranian traditional singer especially is singing. To the biggest challenge has always been how to respect and honour both genres where rhythm is everything in one and the words, in the other. My approach to writing a new song is different from song to song. Sometimes a melody refused to leave my mind. I put it down and explore it. I sing it in different rhythms and see where it feels like it belongs. Once that’s settled, then its time to find the right words which I choose very carefully to match the idea of a Flamenco song style in particular. I do not write my own lyrics, as we Iranians are blessed with a deep pool of incredible poetry that goes back centuries. Sometimes a poem works its way into my heart and then its meaning and cadence of the words sort of write the rhythmic part themselves where the right flamenco vehicle presents itself and things seem to fall into place eventually.

In the past, I have worked with a co-writer, Liron Man who worked closely with me for about 2 years to write the songs presented in my first album, “Bird Dance”. Together we were able to expand on the ideas and arrange the songs and make sure both elements of Flamenco and Persian musicality are fused as deeply as possible. Now I work with Dennis Duffin as my musical director as we have prepared for our shows in the last year and this upcoming tour.

I have just embarked on my first Eastern Canada tour, starting from Toronto on March 9th and 10th as part of Tirgan Nowruz Festival and then we are off to Ottawa on March 13th, Presenting at Shenkman centre for the arts and then finally on March 14, we will be in Montreal at La Sala Rossa theatre.

Anyone attending our shows should expect to be moved – the music is richer than anything you can imagine, it is at once holistic, bold and rich in details. The dancing of Carmen Romero is electric as she is famous for her fearless footwork and rhythm and improvisational skills. And the band is phenomenal, all world-class artists, all very active in their local and international scenes. It’s almost a small miracle that we have been able to get everyone together. The show will be memorable, I can guarantee that. Anyone who attends will go home, feeling like they have discovered something unlike anything else.

I would recommend the song Hajj – there are many layers to this song. From slow and soulful to joyful and fearless, the rhythm builds as the artist’s journey is mapped from doubt all the day to discovery of her true path. The music is rich with both Flamenco and Persian instrumentation, the rhythms are very flamenco with a Persian twist of performing the Solea (A traditionally 12 beat song) in 10, which is the hallmark of middle eastern Sufi music. So there is definitely something for everyone here.

I seem to always reach for “Diana Krall” and “Leonard Cohen” without fail. “K.D. Lang” remains an absolute favourite with her soulful approach to music. And then there is “Tanya Tagaq” just for the simple reason that she seems to not have any fear when it comes to exploring ideas. I also love “A Tribe Called Red” as inspiration seems to come from anywhere and they are also trailblazers and have something worthy to say.