Home / Promos / Broken Social Scene will perform “You Forgot It In People” at SXSW!

Broken Social Scene will perform “You Forgot It In People” at SXSW! 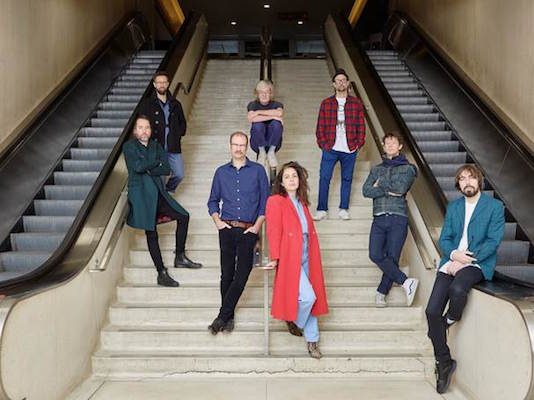 It’s been a busy start to 2019 for Broken Social Scene. The collective released their new EP, “Let’s Try The After Vol. 1” in February and soon after announced a series of residencies in Toronto, New York, Montreal, Los Angeles, and Seattle. Today, they share a full slate of SXSW shows, including a very special performance of their 2002 classic, “You Forgot It In People”, performed in its entirety at the Arts & Crafts showcase.

“Let’s Try The After – Vol 1” is out now, and can be purchased/streamed here. The EP follows 2017’s “Hug of Thunder”, which saw the collective exploring new ground while maintaining the awesome dynamics that have made Broken Social Scene one of the most beloved indie bands of the last fifteen years. Last week it was announced that a forthcoming Broken Social Scene release is to be expected on Record Store Day. More details to be announced soon.

For their upcoming residencies, Broken Social Scene has once again partnered with PLUS1 so that $1 from every U.S. ticket will go to support Youth Speaks, who provide life changing arts programs for vulnerable and disadvantaged youth across the country. For Canada, BSS has partnered with MusicCounts so that $1 from every ticket will go towards putting musical instruments into the hands of kids who need them most.