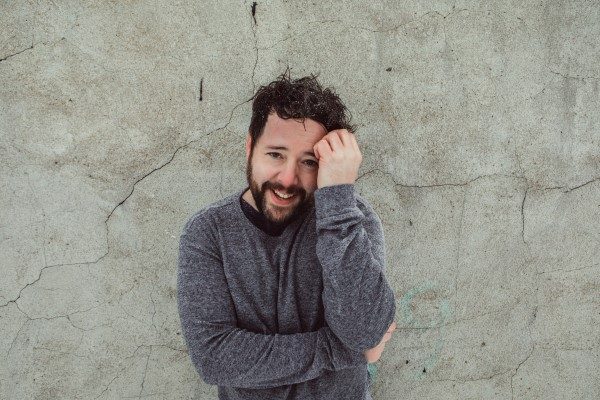 Steven will be touring throughout March, check out the dates below, give the album a listen, and find out more about him in our newest segment of Five Questions With!

My name is Steven Bowers. I am a songwriter from Newfoundland. I am a visitor on Songhees and Esquimalt territory, currently living in Victoria BC with my wife and 1-year-old daughter.

My music is often described as introspective, although I admire the narrative style of songwriting, so I sometimes try to veer into that world if I can. I write on the guitar and piano, and a lot of my songs feature guest vocalists and layered harmony arrangements. I usually can only work on one song at a time, and I overthink lyrics. I also have to consistently remind myself that not everything needs to be in waltz time.

I’m doing a solo tour starting on February 28th at the Ship in St. John’s, then working my way West. When I perform solo it’s often acoustic singer-songwriter in style, although for this tour I’m adding some digital and electronic layers to mimic the sounds of the new record. I come from Newfoundland where storytelling and songwriting go hand in hand, so I usually talk a bit about the songs. I try to do it gracefully, the way Ron Hynes or Geraldine Hollett would do it, letting the audience into the heart of the song just a little bit.

I think it would be the song ‘Migration’ from my 2012 album Beothuk Words. There’s a video on Youtube of my wife and I whipping around a frozen lake on a four-wheeler. She shot it on her phone as the sun was setting at just the right moment and it came out pretty cool for an unplanned, no budget thing. If there’s a lyrical thread that runs through my songs, you can probably see it in this one.

I’m looking forward to Jaya Bremer’s new record. I’ve been listening to a lot of William Prince lately. Jenn Grant is one of my favourites, I burst into tears on the highway once listening to her song “No One’s Gonna Love You (Quite Like I Do)”.