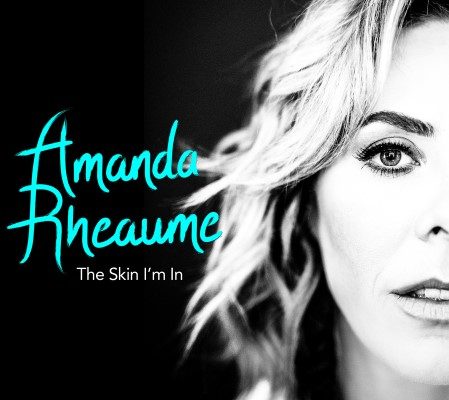 The Skin I’m In is Ottawa raised/Toronto based Amanda Rheaume’s 5th full-length album.

Overall, The Skin I’m In is an upbeat, album emblematic of the early works of Shania Twain & Sheryl Crow. Similar to those artists, ‘The Skin I’m In’ uses organ, piano, drums, classic guitar & electric guitar to complement Amanda’s expressive vocals – the kind of album you could see yourself kicking up some peanut shells from the floor of a rural Ontario bar’s dance floor.

The centerpiece of the album for me though is Amanda’s talent for songwriting. As her press says, Amanda has a talent for taking the personal and making it universal. I was particularly moved by the lyrics of the title track ‘The Skin I’m In’ where Amanda makes a declaration of peace with herself with such battle cries as “I don’t hold onto the past, I don’t carry chains or wear a mask.” The song is about Amanda’s reflecting on her Metis heritage, but the lyrics could apply to anyone struggling with issues of identity.

Another standout for me was the track “Light is Gone,” an optimistic pop inspired track which is full of deep insights on the temporal nature of existence. As the opening lines say “Which life do you want, is it the one that you thought? Or the one you decided you can live with?”