PREMIERE – Stephen Stanley releases video for “Under the Mynah Bird” 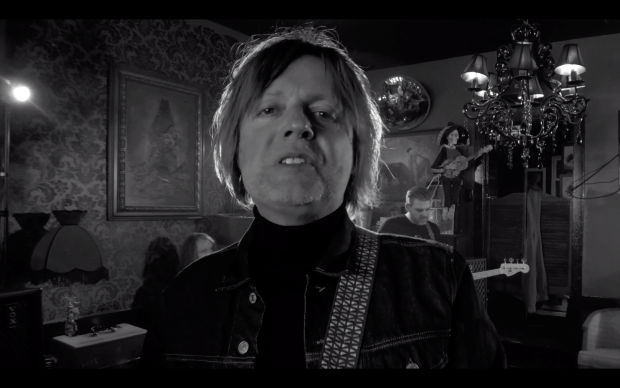 Canadian singer-songwriter and guitarist Stephen Stanley is best known for his many years as a founding member, lead guitarist, and vocalist of alternative rock band, The Lowest Of The Low. Now, after many hit songs, years of touring and sharing the stages with the likes of Billy Bragg, Bob Mould and more, Stanley is back with his own band, The Stephen Stanley Band.

We’ve teamed up with Stephen to unveil the video for his newest single, “Under the Mynah Bird” which was directed by Sean Ryan.

Stephen takes a moment to share the backstory about the single,

“At a family wedding a few summers back, an uncle of mine was recounting the days that he and my aunt would hang out in Yorkville in the ’60s, seeing Gordon Lightfoot, Neil Young, Joni Mitchell, etc. This conversation led to a story about my grandfather that I hadn’t heard before. In the early 60’s he was diagnosed with terminal cancer, and as my uncle put it – was immediately laid off by the Bank of Montreal. Not being one to wallow in it, my grandfather decided he wasn’t going to spend his last days doing nothing, so during the last few months of his life, he worked the night shift stocking shelves in a sporting goods store in Yorkville… As Yorkville was Canada’s musical epicenter at this moment in time, this store happened to be right beneath a seminal club called The Mynah Bird – to this moment, I don’t know what my grandfather experienced on those nights, but we do know that while he was there, Neil Young, Rick James, and many others were playing their first shows right above his head. This song is about what those moments might have felt like…”

Director, Sean Ryan shares on the making of the video,

“From the get-go we all agreed that we wanted to aim for something that would evoke a little bit of that 60’s Yorkville vibe so it would tie in with the song’s subject matter but without hitting it on the head too heavily…with the help and enthusiasm of the band & our friends, as well as the generosity of the owners at the wonderful venue Sauce on Danforth, where we shot it, I think we were able to capture some of that spirit and positive energy. And having Hadley McCall Thackston join us to perform her parts from the recording in character as a musical barkeep was a real treat.”

Check out the video below, and be sure to keep up to date on all things Stephen Stanley via his socials.