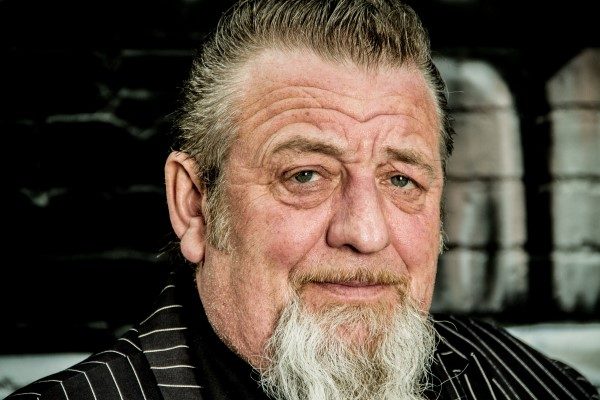 BC-based blues artist Harpdog Brown will be releasing his new album, For Love & Money on April 26, 2019, although you can pre-order the release HERE.

Today, we are happy to aid in the release of a brand new video for “I’ll Make It Up To You” from that album.

Check out the video below and find out more about Harpdog Brown in our newest segment of Five Questions With.

I’m Harpdog Brown and yes, that’s my real name. There’s even a song about it on my last album called “What’s Your Real Name”  It’s a tongue-in-cheek song with a nice groove that makes light of a question I get a lot!

Yes, I do write a little too. I’ve never felt prolific, but when a song comes to me it seems to be worthy, so I accept it as a gift. Reefer Lovin Woman is based on a gal I know. In fact ,we released a video for the song on October 17, 2018, the same day that Canada legalized recreational cannabis use. No Eyes For Me was written with my good buddy Mike Ross, whom I met in music college back in 1982. He was taking piano and we created our first blues band together. I wrote Stiff with help from a fan who came running over to my table at the Salmon Arm Roots & Blues Festival telling me she had a great title for me and only me. She said, “I’m stiff…in all the wrong places.” Well, I loved it, as did everyone at the table. Sadly, I didn’t get her name. I hope she hears it and enjoys knowing she played a huge part in this one.

Our Canadian tour was just announced. For the For Love & Money Tour we are kicking things off in our Nations Capital before heading to Montreal then across the country back to the West Coast. There will of course be many others announced soon but that’s a great start. I like BandsInTown as a way for people to get notified when we’re in their town. Or you can always check out the tour dates on our site.

Wow. Tough question. I think Reefer Lovin Woman is one of the first songs that shows the new sound. Very much Piano Driven New Orleans Blues with great horns by Skye Lambourne and Joe Abbott. Man, I love those guys. Sasha’s Lullaby is also a great song.  It’s a love song worthy of “Best Love Songs” play-listing and was written by our trombone player, Skye Lambourne. It’s just beautiful really.

I have to mention Brandon Isaak for sure.  He wrote a great song that we covered on this album called I’ll Make It Up To You. I think Sugar Brown (no relation but I consider him a brother) is exceptional. And Blue Moon Marquee too. There are many but those are some great ones I think people should check out if they’re not already fans.