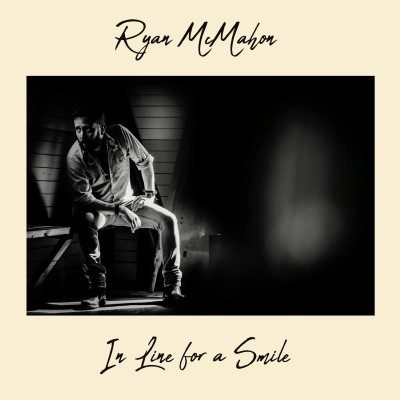 Vancouver native Ryan McMahon released his sixth full-length album In Line For A Smile on February 1, 2019. The album theme relates to the lack of social interaction between people these days with social media defining everything about humanity. As someone who uses social media more than most, I feel like this album will relate to me too personally.

The opening track, which is also the title track, is a catchy, upbeat start to the album that will hook you with McMahon’s voice from the start. With real clarity and power, McMahon’s voice stands out amongst other vocalists in his genre, making this album different from what you’ve heard before.

“Too Tired From Love” was the single which was initially released from the album. This song is the definition of a sing-along song. It’s a party anthem, in my opinion. The entire song has a positive upbeat vibe throughout until you focus on the lyrics which get relatable to people who have been through heartbreak and the impossible feeling task of moving on.

“Father & Son” caught me off guard as it’s a slower ballad compared to the rest of the album. Showing off the vocals and songwriting skills of McMahon, the song focuses on a discussion between a father & a son which sounds like the father’s final words, making this song amazingly powerful throughout.

The closing song “Alone” gives an overall vibe of the album. Regardless of your standings on social media, this day in age people are more alone than ever which McMahon describes well in the song. Having this song end the album makes the entire album fall perfectly into place.

McMahon already has a good stand on the music industry since this is his sixth album release. His songwriting skills are outstanding, making the listener feel so many things throughout the album, from the upbeat to the downers, this album has everything and more.