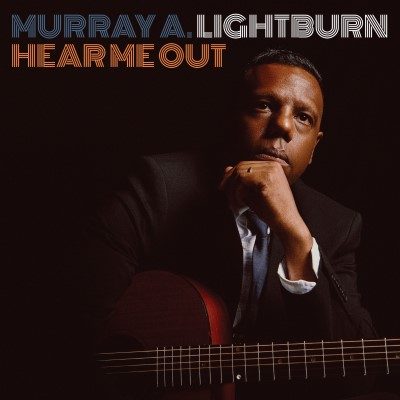 Murray A Lightburn is most famously known as the lead singer of the Montreal-based band The Dears. Trying a brand new adventure, he released his debut solo album Hear Me Out on February 22, 2019, citing that the album is influenced by 50s & 60s pop, this is a step outside of the regular genres I listen to.

From the opening song “Anew”, you get a feel of Lightburn’s voice. Very soothing with a beautiful rhythm to it, I was swayed immediately by how clear and smooth his voice was. This continued throughout the album with songs like “Centre of my Universe”, “Changed My Ways”, and “Fan Fiction”.

The title track “Hear Me Out” has a beautiful melody to start off. You can hear the soul and love Lightburn puts into his songs as the lyrics throughout this song speak to your heart directly. Every lyric in this song could be one of those perfect dance songs with the smooth instrumentals and the perfect vocals.

Another noteworthy track is “I’m Not Broken”. The intense chorus with the simple yet powerful lyrics of “I’m not broken/I’m not gonna break down” are lyrics that anyone going through a tough time can listen to and get the motivation to go on. The saxophone solo around the 2-minute mark is soulful and smooth with the group vocals repeating the previous line over and over.

Since Lightburn has a good footing with his band The Dears in his native Montreal, his confidence to try something out by himself shows in this album. Each song has little things in common but throughout, every song evokes a different story, melody, and power. Lightburn shines on his debut solo album.