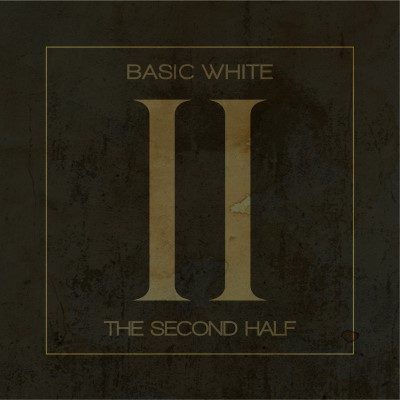 London, Ontario indie-rockers Basic White are back with their new album The Second Half. Bandmates Riley White, Jordan Wallace, and Sandro Di Stefano dropped their debut EP back in 2016; since then they’ve racked up a number of opening slots for a handful of major Canadian acts including Our Lady Peace, Mother Mother, and Classified.

The Second Half is a dynamic collective of headbangers and melodic indie gems; all with an Arkells-style energy and lyrical performance. “Praying for Rain” comes in strong as the album’s opener with a slick guitar lead-in. Each song takes on its own tone and delivers its own story – coupled with stellar production and musicianship. Between the intensity of numbers like “Last Chance” or “Kiss Me”, or the up-tempo dancy gems like “Brigade”, “Time to Leave”, or “The Enticer”, Basic White has delivered an uber cool indie-rock album that feels seasoned and new at the same time.