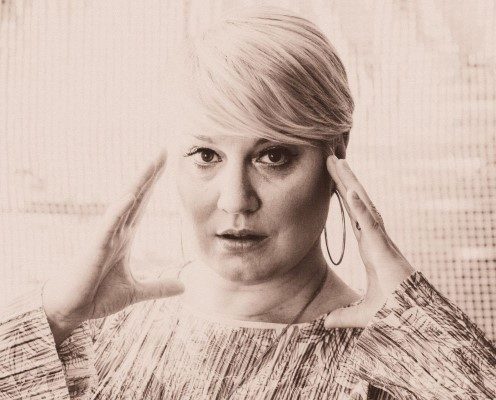 Singer-songwriter & award-winning producer Erin Costelo has been full speed ahead since the release of her new album, Sweet Marie. The album was released on Compass Records Worldwide, and on Costelo’s own label in Canada, Venue Records (distributed by Pheromone Recordings). Today she is excited to announce the first official signing to Venue Records, Halifax’s Leanne Hoffman.

“I’ve known Leanne for years and have always been impressed by her lyrical wit and melodic virtuosity,” shares Costelo. “She has this rare ability to sound both incredibly wise while maintaining a youthful vulnerability. She will make you laugh and break your heart all in one song.”

Costelo will celebrate the label launch on April 12th at The Marquee in Halifax. Sure to be an amazing party – the show will include performances by Hoffman, Costelo with a full band and very special guests.

In exciting tour news, Costelo will spend the next several months on the road playing shows with Amy Helm, Rev Sekou, Blue Rodeo and fellow East Coaster Don Brownrigg, followed by dates in Switzerland, Germany, Austria, UK. Today she announced that she’ll be joining Matt Andersen in the US as his special guest on his Halfway Home Tour.

“Matt is a kindred spirit,” Costelo says. “He and I share so many musical influences and I cannot wait to head out on the road and hear his incredible voice every night.”