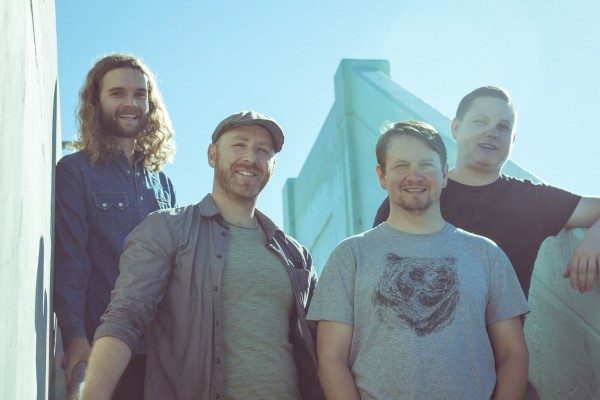 Victoria, BC-based indie-folk band, Jon and Roy are back with a brand new album, Here which was released today. We caught up with the band to discuss the album, as well as the newest single, “Where Has My Love Gone”. Check out the single below and catch up on what’s been going on with Jon and Roy.

First of all, care to introduce yourself to our readers?

We are Jon and Roy, a band from Victoria, BC and we’ve been playing music together for many moons now.

You will be releasing your album, Here on March 1, what can you tell us about the writing process behind the album?

It was fairly typical of our usual process I would say.  I’ll (Jon) come to Roy with some ideas, or a full song even, or Roy will bring out a drum beat and we just hash the songs out for weeks until they reach a place we are satisfied with.  Some of the songs are more of a slow burn though.  The song ‘In My Arms’ for instance came together slowly over the course of about three years.

I (Roy) draw my inspiration from all sorts of places:I like listening to old funk, reggae, latin and jazz recordings (check out Radiooooooo – it’s a great app); I enjoy getting outside and connecting to the natural environment; loved ones at home (my wife, family, and dog) are also there in the back of my mind cheering me on, even when I’m across the globe; inspiration also comes from a nice cup of coffee, a cold beer, a proper schnitzel, a smile in the crowd, an enthusiastic tour manager, etc. Inspiration is everywhere if you have the right glasses on.

On February 15, you will unveil your new single, “Where Has My Love Gone” to the world, what made you choose this track as a single?

Well, it was the lead lyric in the chorus haha.  Sometimes we try to get creative, but more often than not some lyric or another ends up being the song title.

What can you tell us about the backstory of the single?

Well, the backbone of the tune (chorus lyric, melody, and music) was written in bed one morning in Bremen, Germany while we were on tour there.  I (Jon) had had a sleepless kind of night and was feeling frustrated and the tune just showed up.

Can your fans catch you live anytime soon? If so, where?

Jon, Esme, Dave and I are playing a show in Cumberland before we head off for 14 dates in Europe this spring.  We’ll also be doing a hometown album release show on April 5th in Victoria, followed by a return to the Commodore Ballroom in Vancouver for our second headlining show there.

Canadian Beats is all about Canadian music, who are your current favourite Canadian bands or artists?

I (Roy) listen to a lot of Canadian music and am a huge fan of CBC. Lately, I’ve been loving Fox Warren, The Deep Dark Woods, Dan Mangan’s new disc and of course Jon’s band Ocie Elliott.

We’d like to thank the fans for supporting us all these years and giving us a reason to go out and push ourselves a little more every year.