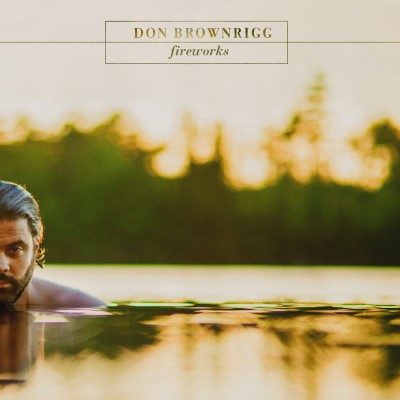 Don Brownrigg has been in and around the music scene for quite some time in ways you may not have even realized. He’s worked with countless other musicians and has been a guest on over 20 albums playing an instrument or contributing to singing harmonies. He has had some of his songs on The Blacklist, American Idol and The Fosters. He has also been nominated for various ECMA, MusicNS and MusicNL awards throughout the years. He is back with his own work this time and his first album in five years, Fireworks. The ten song release clocks in at about 40 minutes and is a mix of folk-style songs with more upbeat, pop-like music behind them.

Prior to the album being released, the single “Bad Timing” was released in January and received attention from SiriusXM Radio (North Americana), CBC Music, Stingray (Adult Alternative) and CBC Radio One. It’s incredibly catchy and very different from his previous album It Takes All Kinds (To Make This World I Find). A mix of harmonies, combining different instruments together and an ability to make you nod along before you’ve even listened all the way through is surely behind its success thus far. “Perfect Poem”, although still catchy, is definitely more mellow while still bringing the harmonies that are a staple in Brownrigg’s music forward. Brownrigg also covers Suzanne Vega’s “Tom’s Diner” on the album. With his own twist on it, it fits in with the rest of the songs so well I almost didn’t even realize it was a cover until the iconic melody comes in. “You Know” closes the album as a piano-laden ballad that sounds like it could have taken inspiration from “Imagine” by John Lennon, at least in respect to the piano at the beginning of the song.

Overall, the album brings the listener through a journey of upbeat as well as slower songs, excellent storytelling and a great display of Brownrigg’s musical talent. Although his style of music may not be for everyone out there, this album has a great diversity to offer and you will most likely find something for you within the 10 songs.

Brownrigg is also touring in support of the album and can be caught live throughout April: