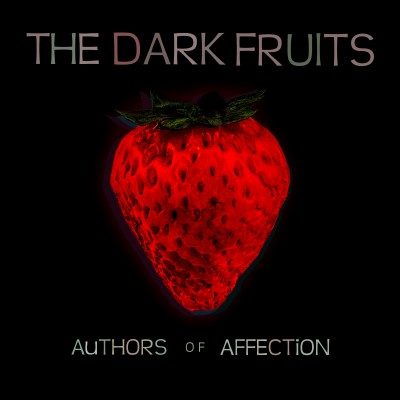 Yukon-based indie rockers, The Dark Fruits are about to release their debut album, Authors of Affection on March 1, 2019. Last month, they released the first single, “I’ve Got Time For You”, along with a video for the release. Check it out here. Although this was the first single, it wasn’t the first track to be released from the upcoming album, as a video for the album’s lead track, “Stuck On You” was shot for Music Yukon and Yukon Film Society’s 48 Hour Music Video Challenge last year, and it won the Audience Choice Award in September 2018.

Today, we couldn’t be happier. We are teaming up with the band to unveil the full album to the public in advance of the release, plus we’re giving YOU the chance to find out more about the band in our newest segment of Five Questions With. Check it out below.

The Dark Fruits is a new band from Whitehorse, Yukon. Most bands start playing together in a basement or garage, put together a few songs, and play live a bunch of times before recording an album. With us, we nearly recorded a double album before we even spoke about playing a live show. The songs on our debut album, Authors of Affection, were chosen from over 35 demos. As a result, we think of the album as an album, and not just a collection of individual songs.

If you want to really know music, you have to listen to it. It’s hard for musicians or songwriters to describe themselves because they’re immersed in the sounds. The sounds themselves are conveyances of feelings, notions, thoughts, and emotions. So how do you describe a description? People have said “all of the good things about the 90s, but none of the bad” and “sounds like the Beach Boys in a garage” or “that song is so 80s” or “there’s a 50s rock vibe throughout” etc. We feel there are some influences from all of those eras… The Kinks, Tom Petty, Weezer-like melodic grunge, The Cars. Writing-wise, the music mostly centres around melodic phrases and harmonies. We don’t just jam on one riff much, but rather progress through verse to pre-chorus to chorus and bridge. The result is that there are lots of hooks and different spots in songs that change dynamics. It’s catchy. It’s quirky. You have to just listen.

We’re playing our album release show on April 13th at The Local Bar in Whitehorse. We hope to bring in several other local songwriters to join us on stage in a Tom Petty tribute, as well. Our live shows have been energetic and intense. We tend to get louder and grittier. Coming from the studio, where the whole project was born, it was important for us to let our songs live new lives outside the recordings, and they get to on stage.

It depends on who that someone is. Some people will like “Sore” the best because it’s a high tempo punky blues romper song, but others would like the more melodic, harmony-driven songs. As a band, we’d probably say “Hurt So Bad” is the one to listen to, but that’s like asking a parent to choose their favourite kid. The songs are really meant for people who are willing to listen to the whole album. Relax. Put it on. Don’t make snap judgments. I don’t think most people have time to do that anymore, but if they do, they’ll like this music.