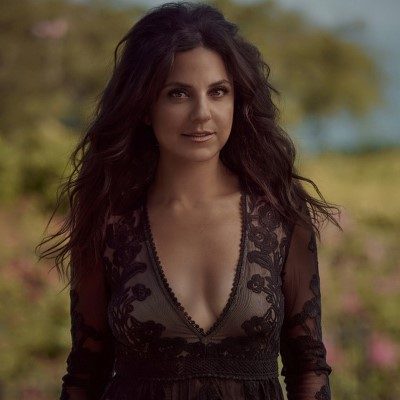 Welcome to Canadian Beats’ Indie Spotlight – where we bring you a new independent artist-to-watch every month. February is all about country-pop artist Suzi Kory.

Kory’s life has taken her all around the world in pursuit of music. Born in the middle east and raised in Canada, it was after spending several years abroad that she returned to North America and began to look at what she really wanted out of her career. Her determination took her to Los Angeles where she met her idol Axl Rose- from that moment she decided if she was brave enough to manifest a meeting like that, she was ready to dive back into her music.

In 2017, she began writing and recording her first EP, Spellcasting, with The Trews’ John Angus Macdonald. The album was released in 2017, followed by a string of shows, including opening slots for LA Guns in Toronto and L.A. at the legendary Whiskey a Go-Go.

Her songs have received airplay across Canada, the United States, the Netherlands, UK, the Middle East, Brazil, and New Zealand. After the EP’s release, Kory received an invitation to play in Brazil where she would be one of three international acts to perform at the Festival CoMA. It was that performance that caught the attention of fellow Canadian and Indie Week founder, Daryl Hurs, and an invitation to play a showcase an Indie Week in Toronto.

In December 2017, Suzi spent two weeks in LA where she began writing and recording her upcoming album, The Secret Garden with producer Brent Woods. Kory released the first single, also titled “The Secret Garden” in August 2018 along with a video for the release.

Expect to hear more from Kory in 2019 – she’s already released a new single from the upcoming album, “Pretty Little Things”. The artist has also released a video for said single and is excited to have her fans hear more.

Working towards honing her new sound, Kory says she’s excited to continue working with collaborator and guitarist Brent Woods, “Earlier in the year my photographer and friend, Igor Vidyashev, introduced me to Brent. During the two weeks I spent in LA, Brent continuously challenged me in trying to find my sound. It was during this period of musical self-discovery that we realized the album was organically heading in the direction of country.”

Stay up-to-date with our February Indie Spotlight Suzi Kory by following her on social media, and through her website.