Aaron Goodvin releases new album V, alongside number one hit “You Are” 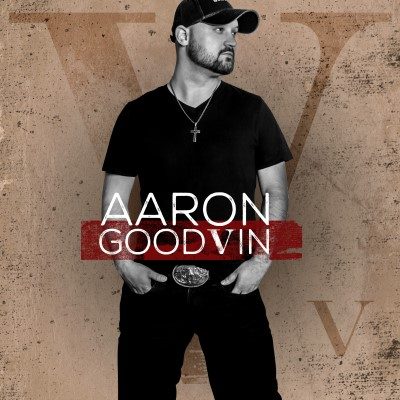 Aaron Goodvin who is currently the 2018 CCMA Songwriter of the Year has had three big celebrations already this month. Goodvin released his sophomore album V on February 15, enjoyed the success of his first number one song at Canadian Country Radio with the albums single “You Are,” and took some time to celebrate Valentine’s Day with his wife Victoria, who is the inspiration for so many of his songs as well as the album’s title. Goodvin co-wrote all eleven tracks on V and then co-produced the record in Nashville with Grammy-nominated producer Matt McClure who has worked with country artists such as Lee Brice and Kellie Pickler.

“I’m so excited about the sound of this album and the songs that are on it,” says Goodvin. “The sophomore album release is an important time in any artist’s career and it’s hard to even describe what it means to me to be at this point. It’s definitely something I’ve always dreamed about. I can’t wait for the world to hear this record.”

“You Are” was recently added to Spotify’s Hot Hits Canada playlist putting it beside some of today’s biggest pop hits.  Billboard Magazine recently named Goodvin one of seven Country Music artists to watch in 2019.  Goodvin’s official music video for “You Are” can be found here.

Goodvin moved from Spirit River, Alberta to Nashville, Tennessee to follow his musical dreams and passion. Goodvin has contributed his songs to artists like Luke Bryan, Jon Pardi, and Cole Swindell. Goodvin made his official debut in 2016 with the release of his self-titled debut album. Since then Goodvin has enjoyed four consecutive Top Ten Canadian country radio hits including the 2017 summer smash “Lonely Drum” which became the only Canadian country single to be certified platinum in the past two years. A newly recorded version titled “Lonely Drum 2.0” is included on V.