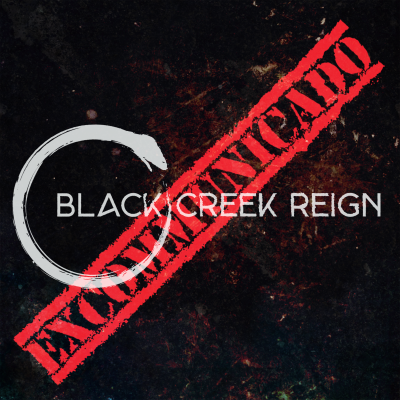 Excommunicado starts hot with the track ‘Preacher by slapping the listener in the ear to pay attention and get on the dance floor.  Funky guitar, slapping base, kicking drums and heavy gospel keyboard chords evoke feelings of being in attendance at a jumping revival – a great contrast to Preacher’s subversive lyrics about the band’s dissatisfaction with organized religion.

Following “Preacher” the album lessens its holy fire but keeps its funk to tackle subject matters of love and relationships. The track “Gone Away”, for instance, blends funk with a smooth reggae by slowing the melody and bringing steel drums into the arrangement. In doing so, the track invokes the melancholy of lost love to the listener.

The final track on Excommunicado, “Business Man”, then jumps back into the EP’s earlier heat by speeding up the tempo to tell its story of the dangers of selling your heart and freedom for material wealth.

Overall, Excommunicado is a great blend of funk, rock, reggae, and blues with some truly inspired lyrics. My personal favourite was the chorus of “Preacher”: “Rich man has his weekend to play, poor man takes his Sunday to pray, Preacher man says put your money in the bowl, and Jesus saves your sin, only if you pay the toll.”