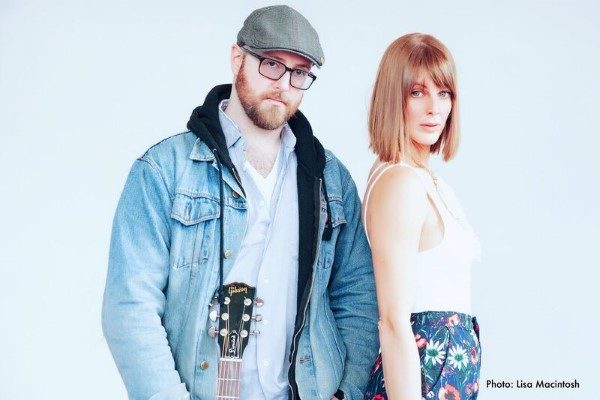 Toronto, ON-based indie-folk/pop quartet, Running Red Lights is back with a brand new single, “Calls of Prudence”. The band is no stranger to the Canadian music scene, establishing back in 2006, and still going strong. Take a few minutes to check out the video for the new single below, and find out more about them in our interview!

First of all, care to introduce yourselves to our readers?

Absolutely! My name is Scarlett. I am one of four members of Toronto indie folk/pop band Running Red Lights.

You’ve been around since 2006, making you a very well-established band in the Canadian music scene, what would you attribute your long-lasting success in the industry to?

Masochistic personalities!!?? The RRL star has risen at approximately the speed and distance of falling asphalt so as a result, we’ve all been able to maintain, at least in part, some sense of humilty!!???

All joking aside, all four of us have a very real familial connection. We are deeply bonded by the same experiences. The same euphorias, the same heartbreaks, disappointments, the highs and lows of music and the music business. As a result, we simply don’t know how to let each other go and so we just keep, keepin on.

We last chatted with you in 2013, what have been three of your successes since then that you’d like to share?

Oh man. We have done so much since that period that sincerely fills me with pride. We’ve done a few European Tours, which were some of the most memorable experiences of my life. We won the 2018 Canadian Songwriting Contest in Pop with our song ‘Salt’. I’ve personally written some of the best material of my career. We placed in the top 5 of the National Slaight Music/Hidden Pony Records ‘It’s Your Shot’ competition.

Most recognizable is simply the fact that we are still kicking it after 13 years.

You have just released your brand new single ‘Calls of Prudence’, what can you tell me about the songwriting process?

At the time I was confronting issues of alcoholism. It was a difficult adjustment and grieving period as I tried to get sober and find my way back to myself. I was largely isolated and detached so I had plenty of time for reflection. I was struggling to live in the present so to get through I found comfort in the memories of the past.  It was during that time that ‘Calls of Prudence’ was written.

Along with the release of the single you have unveiled a video for the track which was directed and produced by R. Stephenson Price, what was this experience like?

It was a lot of fun! Our friends just happen to be gutting/demoing their house and asked if the band would play a demolition party in the back yard. I thought it would be unlikely to find another opportunity that we could have access to a house that we could freely destroy. So we developed a concept that could work with the track and it was all shot very quickly over a period of a few hours.

Well, I have always been a very demure, quiet, subservient individual. I’ve often joked about my total inability to show aggression or scream. So when it came time to actually take the sledgehammer to the walls and the mirrors and essential ‘lose it’, I wasn’t sure if I would be capable of doing it. But somewhere inside me, I found a scream and it pierced the room. I think we were all a little startled. I think it was probably a scream that I had been holding on to for many years.

Do you have any upcoming tour dates to share?

As I type I am literally on a train coming back from a West Coast tour. Upon landing back in Toronto there are no further dates at this time.

Our fans continue to teach us to be more proud and confident in ourselves and our music. We’re trying, for them, to endure and keep on battling forward. They continue to help us keep the dream alive and for that, we are eternally grateful.