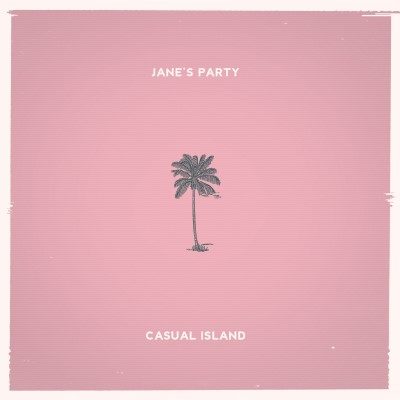 Casual Island starts the listener’s ears dancing with a bouncing base, kicking drums, upbeat layered vocals, and tight electric guitar. As the album opens up, though, the tone of the album starts to shift into a more downbeat dreamy new wave tone. The album then finishes with an experimental instrumental track bordering on progressive rock.

The subject matter throughout the album, even in the ‘lighter’ half of Casual Island, is pretty intense. Though some songs are about the joys of love, others are about the passing of a friend, dissatisfaction with the state of the world, and the pervasiveness of technology.

The shift between tones and subjects of the album takes the listener on a journey from to the beach party, then up to roof for a beer for an intimate talk about life, the universe, and everything.

Standouts on the album for me were “Straight from the Heart” and “Drive”. “Straight from the Heart” is a pure pop ballad which makes you want to jump out of your seat and start making up your own choreographed dance to the chorus. “Drive” is then a soulful re-imagining of the Cars track of the same name; Jane’s Party brings the tempo up but keeps the melancholy and unspoken desires of the song – highlighted by a truly inspiring electric guitar solo.