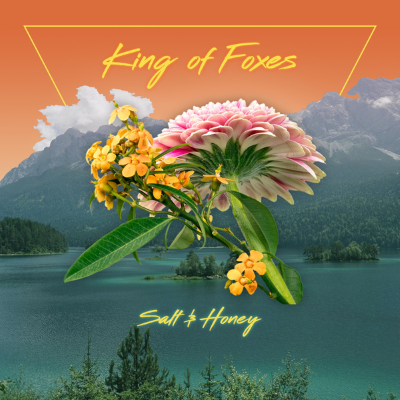 Indie artist King of Foxes has released their sophomore album Salt & Honey – a follow-up to the 2015 debut album Golden Armour. Frontwoman Olivia Street and her band began their road to music in Edmonton and continue to build their fan base across Canada. The multiple grant-winning group and Edmonton Music Award “Artist to Watch” nominees bring a quirky spin to their indie sound, tied in with honest and emotional lyrics.

The album’s lead single “Backsliders” is a perfect example of their energy – full of life and detailed storytelling. That particular track deals with the relevance of growing up and figuring out who you are. The album floats through dreamy melodies and sleek guitars, transporting listeners somewhere you’re content to never leave. Street’s vocals rise and soften at just the right moments. Listen to the second track “All I Need” to hear exactly what that sounds like. With themes of introspection, growing up, and wonder- Salt & Honey is equal parts dreamy, quirky, mellow, and intriguing.