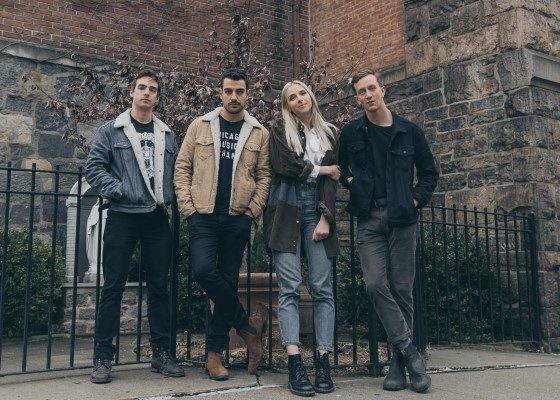 We caught up with Toronto’s Wild Rivers in advance of their upcoming Toronto tour date on February 27 at The Opera House. The band started off 2019 with a brand new single, “Moving Target” which you can check out below, and also take a few moments to find out more about the band in our Five Questions With segment.

We’re Wild Rivers, a Folk ‘n Roll & Country Soul band based in Toronto. We enjoy long walks on the beach and singing songs about our feelings.

Our music is a mix of folk, rock, pop and all sorts of stuff. We have two lead singers, myself (Khalid) and Devan so we play a lot of the male/female harmonies. I write a lot of songs and bring them to the band to work a full version, and the rest of the band also writes – we all wrote our recent single “Howling” together. We all kind of bring different things to the table when writing and arranging which works out well.

We’re playing some dates in Ontario and Quebec at the end of February to wrap up our winter tour, which we’re very excited about. We also have a few festivals lined up for the summer.

I would describe our live show as a bit of an emotional rollercoaster since we have a bunch of chill folk ballads and upbeat songs in our repertoire – so if you like being sad, and then happy, and then happy and sad at the same time, our show is for you!

Only one? We just released a song called “Moving Target,” so if you want the latest from us you should check it out. It’s kind of a slower ballad one with a live-off-the-floor feel, featuring a Wurlitzer piano. It’s kind of a different feel for us, so maybe not the best summary song, but we’re excited about putting it out and playing it live.