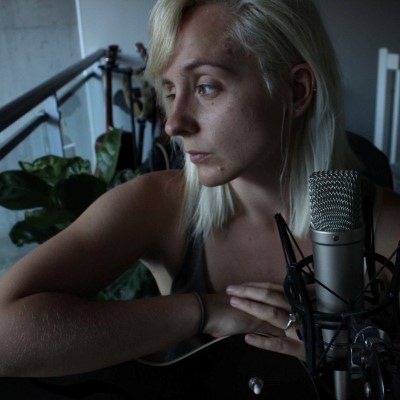 Toronto, ON-based singer-songwriter Alanna Matty has released her EP, This Past Year. The single, “Loved You First” off of this EP has garnered attention on Spotify with over 60,000 plays in its first month.

Alanna shares on the EP release,

“It was nice to ignore the pressures of making it a big production, something about the stripped-down sound is so much more genuine and endearing to me.”

Through the process of writing, the songs helped Matty work through relationship and job issues, that had taken a toll on her mental health;

“I have a habit of writing songs in fragments, and then gluing them together later when I suddenly realize what the songs were actually about. The album helped me to sort everything out and work through those troubles. I realized that for the first time I had stood up for myself, and did the things I needed to do to move forward.”

Check out the EP below, and find out more about Alanna in our Five Questions With segment.

My name is Alanna Matty, and I’m a singer-songwriter from Toronto.

My music tends to start out as a stream of consciousness. When I start writing a song I’m not completely sure what it’s going to be about, but it generally ends up being something personal that I need to work through. This tends to make my music very relatable, but also hard to fit into a genre. It’s a little folk, a little blues, sometimes a little pop, whatever style seems to fit the subject matter.

I am playing on February 16th at Burdock Brewery at 6 pm to celebrate my upcoming EP release. My performances are generally pretty intimate and enchanting, especially when they’re acoustic like the upcoming one is. I’ve been known to silence busy bars with some of my quieter tracks, there’s something about playing them live that draws people in.

Probably “Loved you First” from my upcoming EP, mainly because it’s probably my favourite song that I’ve written in a while.

Feist will probably always be my favourite Canadian artist, she’s incredibly inspiring to me. I’m also a pretty big fan of Arcade Fire, but isn’t everyone at this point?