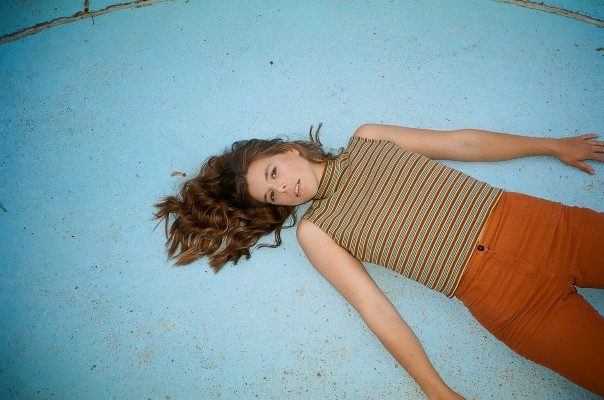 Toronto, ON-based artist Ivy Mairi is back with a new single, “Prayer” which is leading up to her upcoming EP.

Ivy shares on the single,

“Prayer is a song about the early stages of grief and mourning – when you’re not yet ready to accept the reality of a great loss, so, instead, you make a prayer for things to go back to the way they were before. And you send that prayer out into the ether.”

Check out the single below and find out more about Ivy in our Five Questions With segment.

I’m Ivy Mairi — based out of Toronto, grew up on Ward’s Island. I’ve been making music here for over 10 years on my own and with many bands. I’m making the jump to pop with my new EP Polarity, which is coming out March 1st. We just put out the second single from the EP — a song called Prayer that I’m really proud of

My music and writing focus primarily around my voice – all the different ways I can use it. I’m always searching for the magic spot between precision and openness, between intention and chance. Lyrically, I aim for directness and beauty. I was so grateful to work with Kieran Adams (DIANA, Vibrant Matter) as producer on this EP, and his contribution to the sound was huge. He did such a beautiful job of making arrangements and production that supported my songs but also took them to new, amazing places.

We’re having a release show for Polarity on March 8th at Burdock in Toronto. It’s being presented by Venus Fest – a music series and festival in celebration of feminism, and the show is on International Women’s Day! My friend Carmen Elle is going to open the show and share her new music, which is really exciting. My live show will feature a full band. I try to have a high-energy show for the most part, but I also like to take some quieter moments for closer listening. I am lucky that my fans and friends love both!

I am so proud of my new single, Prayer, so that’s the one I’d suggest right now. Lyrically, it really captures a moment in my life. Kieran put a lot of care and love into the production for this one too, and I think it shows. The song also features the voice of my friend Caitlin Woelfle-O’Brien (aka Blunt Chunks), who is a brilliant singer. I wrote the song with her voice in mind.

There are so so many. I have been a longtime fan of Bernice – Robin Dann is one of my favourite singers, and her lyrics are so strange and beautiful. I’ve also been loving the new music coming from my friend Ian Daniel Kehoe – can’t wait to hear more!