Heavy Montreal, presented by Black Label, is back for a 10th edition on July 27 & 28 at Parc Jean-Drapeau as well as on July 26 with Heavy in the city! This year, the festival returns to its traditional site, which has been revamped in the past two years by the city of Montréal. The festival will take place on Île Sainte-Hélène of Parc Jean-Drapeau, Montreal’s infamous grounds for some of Canada’s biggest festivals!

Earlier this week, Heavy Montreal released the full lineup for their 2019 edition. Some of the big names include Slayer, who chose the festival for their final concert EVER in Quebec after nearly 30 years on stage; Ghost, with their only festival set in North America this summer (it’s gonna rock!); American heavy metal band Godsmack; Evanescence, led since 1996 by one of the most important figures of female rock Amy Lee; Anthrax,, Slash featuring Myles Kennedy & The Conspirators, Killswitch Engage, and many more! Here is the poster with the full lineup: 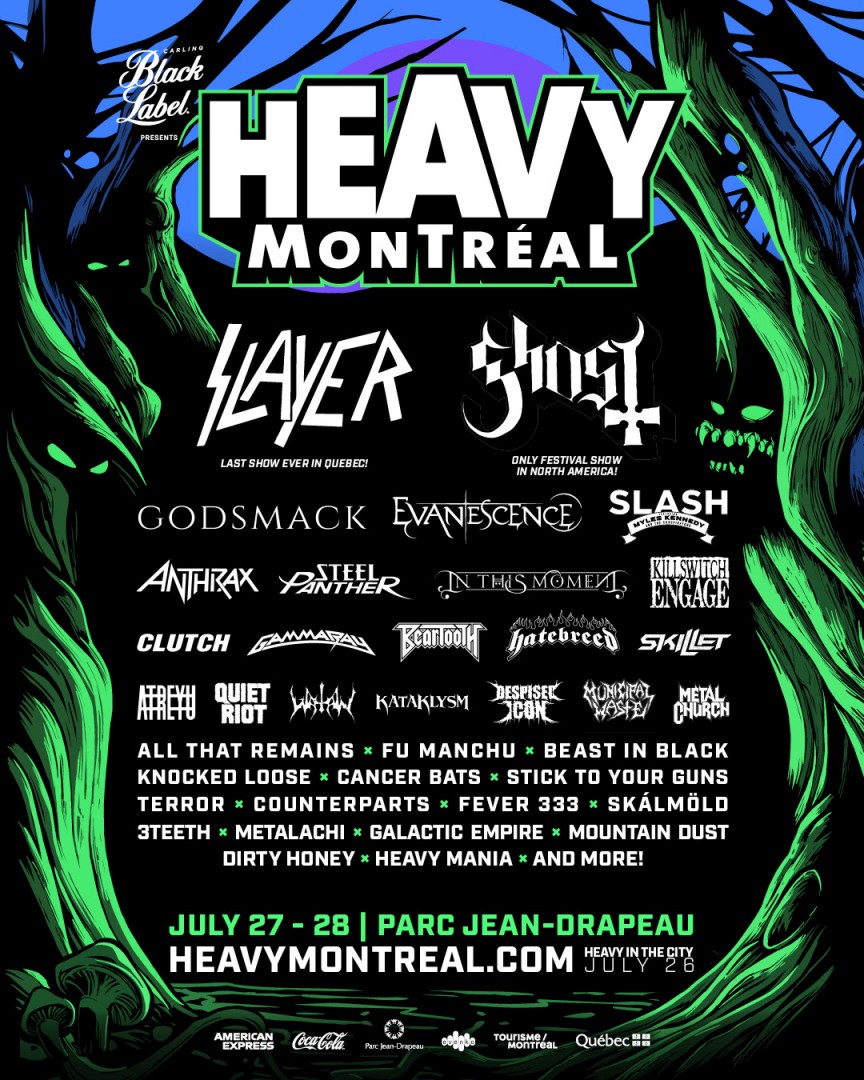 Festival passes are now on sale, with the option of General Admission or Gold passes for the Heavy Montreal Weekend, as well as the Weekend Warrior pass (which includes Heavy Montreal, and punk festival ’77 Montreal taking place on Friday 26th). For more information, or to purchase passes, please visit https://www.heavymontreal.com/