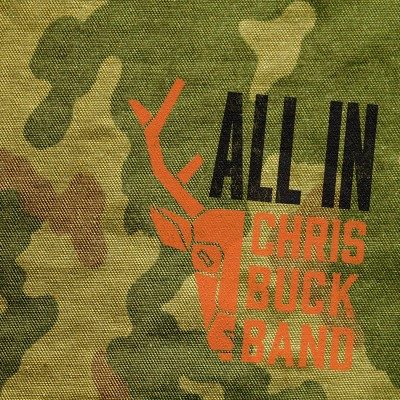 Country rising stars Chris Buck Band are following their hit self-titled debut in 2017 with their sophomore release, All In. The foursome, headed by lead singer Chris Buck, have enjoyed a lot of success in the time between both releases. Their Kira Isabella duet “That’s When You Know” became a Top 20 hit, growing their Spotify numbers into the millions and nabbing a CCMA nomination for the single’s music video. Combine that with the multiple festival performances – including Boots & Hearts, and the Calgary Stampede – and it’s been a successful run so far for Chris Buck Band.

The six-track collection pays homage to the past and the present. Buck puts his sentimental side on display on the heartwarming, chorus-heavy “Holy Ground” and transitions seamlessly into the sweet lookback of “Good Ol’ Days”. Keeping with the throwback vibes, this time with a twang of heartbreak is the guitar-slick “Drink About You”, a classic country heartbreaker with an up-tempo rhythm. “Spin On It” brings a little romance into the equation; before the guys slow things down again, crooning over the memory of a former love on “Driftin”. Before you get too mushy, get ready for the final track – the entertaining and sometimes silly single “RDNKN” is sure to lift your spirits way up – those who aren’t afraid of a little party.