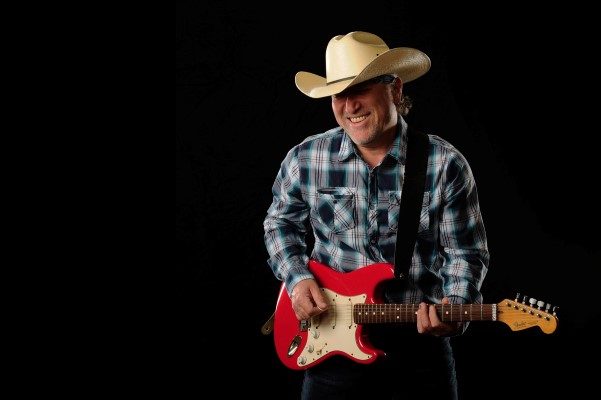 Manitoba’s Tom Dutiaume is back with his latest single, “For My Love”. You may have heard of Tom, as he’s no stranger to the Canadian music scene, and has actually been nominated for “Guitar player of the year” at the Manitoba Association of Country Arts (MACA, now called MCMA) twice! He has been performing for many years, playing his first big show at the Centennial Concert Hall in Winnipeg at the young age of 11!

Check out the single below and then find out more about this talented Canadian artist in our newest segment of Five Questions With.

I’m what you’d call a seasoned rookie.  I’ve played with many bands (highlights include: Ronnie Prophet; Ronnie Dunn; Faith Hill; Foster Martin; Charlie Major; and my brothers – The Younger Brothers – Jim, Keith and Clint); and on countless recordings but I’m really new at this solo stuff.  But I learned from the best, coming from a large musical family.

I’m a product of the 70’s and 80’s music.  My favourite band is The Eagles so I think my musical style, producing and writing, has some of their influence.

Having admitted to my musical influences, my live shows consist of a lot of different styles of music.  Along with a few of my own songs, I’ll play anything from George Strait to The Eagles to The Cars and Boz Scaggs.  Maybe a fiddle tune in there once in a while to get your blood pumping and toes really tapping!

I’m really partial to “For My Love” and “You were a Believer in Me” of my current CD, “Out of the Shadows”.  Some of my favourite lyrics are in these two compositions, although I had no writing credit in the latter.