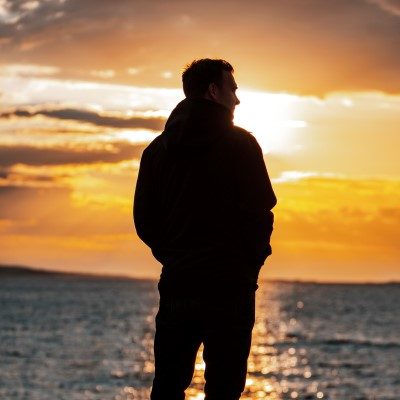 Nanaimo, BC-based artist Ryan Newton is about to release his album, Casting Shadows (On The Heels of Tomorrow) on March 1, but to hold us over until then, he has released his second single, “Live to Fight Another Day” along with a lyric video.

Check out the single below, and find out more about Ryan in our Five Questions With segment.

I’m from Nanaimo, BC on Vancouver Island. I could tell you the longwinded version of who I am and where I come from but I’ll cut to the chase; I basically, woke up in my early 30’s and realized I never did the thing I always wanted to do, which was making music. So about 5 yrs ago that all changed and over the past 2 years I’ve been working up to the release of my debut album “Casting Shadows (On the Heels of Tomorrow),” due out March 1st. I’m a little late to music game in some eyes but I don’t really feel that way. To me, I’ve just got better stories to tell.

My music is certainly grounded in the folk-rock and roots rock sounds of Bruce Springsteen, Tom Cochrane, and Ryan Adams, but having said that, it’s got a little more of the urgency and anthemic overtones of Oasis, U2, and Gaslight Anthem. I always tell people if you take Bruce Springsteen, mash it with Brian Fallon from Gaslight Anthem and sprinkle some Oasis on top and you about sum me up.

I try to write from my own experiences, people I’ve met along the road of life, or a combination of both. The subject of my work varies but I often try to right the wrongs of the characters in my songs. Basically, it might be bad today but there’s always tomorrow.

Ultimately, I try to write with honesty and authenticity that I hope the listener believes and can relate to. That can be hard in today’s world of social media. When I’m writing, I’m always trying to find a way to cut through that noise and be engaging. Again, I think the only way to do this is, to be honest with yourself and with your listeners. Just be real, as cliché as that sounds.

As of right now, I don’t have any shows lined up. Perhaps later in the year, I might do some Vancouver Island shows but we’ll see.

This is a tough one, so I’ll have to give you two if that’s alright? The title track “Casting Shadows (On the Heels of Tomorrow)” really encapsulates a lot of the sounds on the album. You hear those folk and roots rock elements but it’s paired with a big catchy chorus you’d hear on an Oasis record. I slip in a second song because I feel “Words on Repeat” rounds out the other elements in my work. It’s also grounded in folk and roots rock flirts with some of my other musical influences such as Big Wreck and U2.

It always starts with Tom Cochrane for me and particularly his post Red Rider work. He’s the reason I picked up a guitar. “Mad Mad World” changed my life. My musical taste is all over the place but currently, I’m listening to Big Wreck, Lion Bear Fox, Alan Doyle, Royal Tusk, The Matinee, fellow Islander Ryan McMahon, Matt Mays, and Adam Baldwin. Speaking of Adam Baldwin, I think he’s a fantastic songwriter and highly underrated. I have no idea why he isn’t better known in this country. Check out the song “Arms” and you’ll hear what I’m saying.