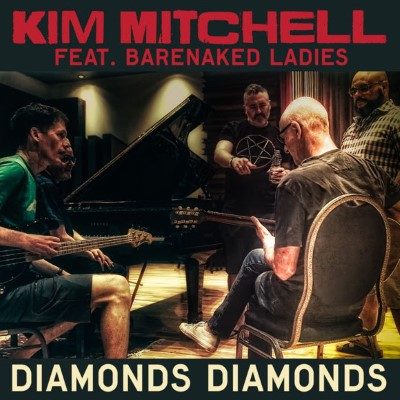 “After hearing audiences sing this song louder than the band on many nights, we decided to give a nod to this classic without trying to make it a period piece. Simply, let’s record it more like we play it now,” said Kim Mitchell. “Working with Barenaked Ladies made the session more vibed and fun than we could have imagined. She STILL takes more whiskey than I wine!”

Max Webster and “Diamonds Diamonds” in particular, were a great influence on members of the multi-platinum Canadian rock band Barenaked Ladies. It was then the perfect fit when Mitchell decided to ask his longtime friends to be part of the re-recording.