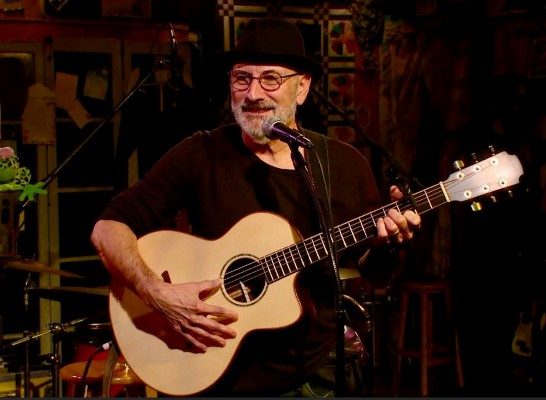 Ontario born, BC-based folk, Canadiana artist Ken Dunn has released a video for his new single, “Precious Life” which was originally from his 1996 album of the same name. Now, the single has made its way onto the new album, Live in L.A. over 20 years later.

Check out the video below and find out more about Ken in our Five Questions With segment.

Hi there, I’m Ken Dunn, I guess you could say I’m an old folksinger. I’ve been writing, performing, and recording for over 30 years, and it is my great passion in life. I love touring and performing, meeting new people, and discovering new places- all sources of inspiration for my music!  I also love the process of writing and recording and have released 8 albums thus far.

My music has been described as folk, roots, Canadiana, and occasionally country, or folk rock. I strongly believe in the power of music to transform our individual and collective lives.  My writing tends to be focused on social justice and environmental issues, as well as the importance of love, compassion, and forgiveness. For me, the process of songwriting is akin to meditation, and a solitary, spiritual experience. I feel truly blessed and thankful for whatever musical talents that I have been given.

I just finished a six-week tour of the western U.S. In February I have a number of showcases at Folk Music International in Montreal and a concert for the Harry Chapin Food Bank of Southwestern Florida. I will be touring Vancouver Island in April, as well as Ontario in May (2019).

I try to create a meaningful human connection with my audience during live performances, preferring smaller, intimate venues such as house concerts and listening rooms.  If I’m lucky, my partner in love, life, and music- Anna Green will join me, singing harmony and perhaps adding some ukelele!

I guess the one in the video, “Precious Life” – although written in the 90’s, it continues to be a favourite in my live shows. The song is a reminder that life is indeed fleeting, fragile, and precious, and that now is the time to tell the ones you love exactly that!

Well, in addition to the big names such as Leonard Cohen, Bruce Cockburn, and Joni Mitchell, there is so much great, new Canadian talent that inspires me- Frazey Ford, Pharis and Jason Romero, Piper and Carson, and Moonfruits, just to name a few!