Home / Albums / Review – Only Yours 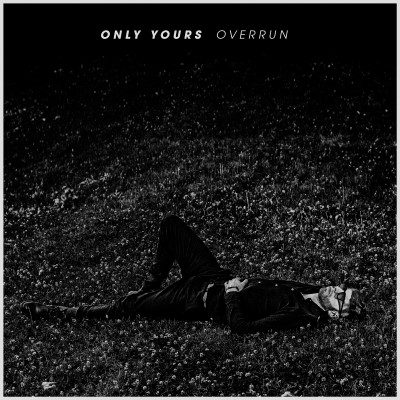 Overrun, the debut full-length album from Toronto-based indie-pop band Only Yours is set for release on February 1st. According to the band, this album is “a seasoned, emotionally intelligent album about self-reflection and existing in an overwhelming time.”

Consisting of Lowell Sostomi, Kyle Watt, Devon Henderson, and Shaun Hogan, Overrun takes their musical creativity to the next level. It is described as “an indie pop record [that] immerses the listener in high energy, driving choruses and epic, emotionally charged ballads.”

The album begins with a song entitled ‘Doubts’. The track begins with an echoey guitar melody topped off with the addition of synth and vocals. This upbeat song, with a pop-rock feel, will keep you on your toes with its slow, quiet start before leading up to an attention grabber chorus keeping up with the changing momentum. I have no ‘doubt’ that this song will be a hit.

‘Overrun’ takes a different route, giving the feel of a ballad through the heartfelt lyrics and emotional vocals. It quickly ramps up, giving the track a more hopeful feel. “Somstomi’s signature baritone voice and bitter-sweet emotive lyrics” shine through on this track. The addition of soulful harmonies adds that little bit extra to make it shine.

After hearing the track ‘Hamburg’, I definitely felt this showed many of the band’s inspirations. This funky track is very reminiscent of the 80’s music era. The band said it right when saying that “the result [of Overrun] is a stunning record that feels at once emotionally familiar and yet, simultaneously, completely fresh and modern.”

‘Surely I’ takes it down a notch, bringing the additional sounds of sax and strings. There seems to be a hopeful feel as if someone is striving to reach something in their life. This is something that most of us can relate to as we experience the unknown journey of our lives.

‘Everlasting’ has been released as a single. It has a dancy feel to it, which will capture the attention of the audience. It is a good introduction to the type of music the band creates, without giving away all of their hidden secrets right away.

‘Stay’ completes the album on a quieter, slower note; almost signalling that the end is in sight. The string section adds somewhat of a mournful sound as if someone is drawing out a long, sad goodbye. It is almost as if someone doesn’t want to say goodbye but even the best of things have to come to an end.

Overall the album is one that is great for some easy listening. Complete with well arranged and mixed tracks with different tracks favouring different instruments, this album leaves something for all musical audiences. Definitely take some time to listen to Only Yours, I am sure you will not be disappointed!