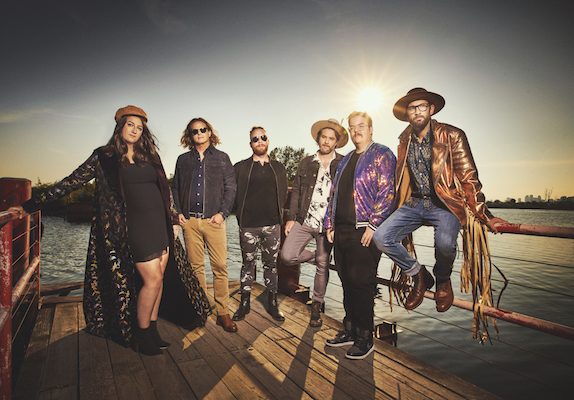 This week, Toronto-based rock band The Strumbellas announced that their fourth album, “Rattlesnake”, will be out on March 29th! As a sneak peek, the six-piece already released the album’s first track, “Salvation”. You can listen to the single here and pre-order/pre-save “Rattlesnake” here.

“Rattlesnake” marks a stylistic turn from the group’s melancholy, introspective releases, to an uplifting album with songs that focus more on optimism. The nine-track body of work is the sunny side of the street follow-up to The Strumbellas’ Billboard Charting third album, Hope, which featured the #1 single, Spirits. Frontman Simon Ward explains:

“Well, after the last tour, Izzy had a baby, I got an English Bulldog, Darryl travelled to Bali, Jon built a cottage, Jer drove all the way across Canada in his 85’ Camper Van, Dave grew a moustache and we made an album that we are REALLY proud of. Everyone in the band is SO excited to get back on the road to show everyone some new music.”

The release of “Rattlesnake” will be accompanied by a spring headline tour, which will take the band across the USA and Europe, here is the full list of dates: