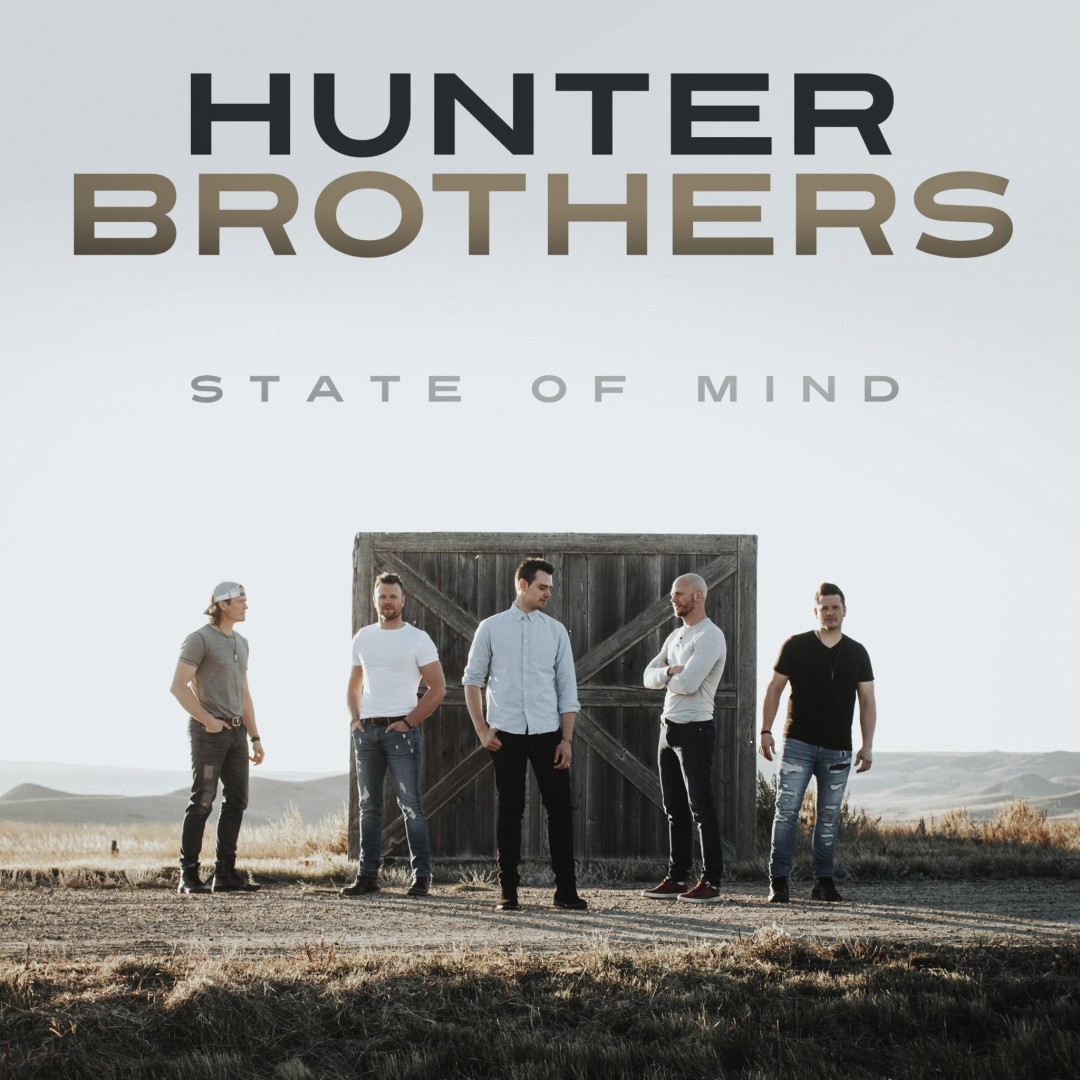 Being Canadian is a special thing that most often can’t be described. We live in a vast country full of amazing beauty and the greatest people. So when the Hunter Brothers hit the music scene, it was only fitting they were three brothers who were born and raised in the heart of Canadian country. Born and raised in Shaunavon Saskatchewan, Luke, J.J., Brock and Dusty grew up loving hockey music and farming. When they weren’t helping their family on the farms, these siblings spent their time singing gospel across Canada and the U.S. in the summer and playing hockey in the winter.

Even though they’re about to release their brand new sophomore album, State of Mind, The Hunter Brothers are still keeping the family traditions alive. When they’re not performing or on the road, these four-time CCMA Award nominees, three-time SCMA Award winners are right at home in Saskatchewan working the fields and tending the farm with their families.

Bringing traditional along into their music, these five guys stay true to their country roots from the first minute to the last. “Country State of Mind” is a fitting opening song that introduces the band’s musical roots as well as their harmonies. They have a toe-tapping quality that everyone can get on board with. They have a wide variety of tracks that speak to many on many levels.

“Want”  and “Silver Lining” are beautiful songs that showcase their grateful approach to life and the people who surround them. The lyrics are uplifting and positive, which speaks for the band in general.

“Life takes us down many different roads, and through various seasons. The last two years, time has been spent between travelling the nation, performing on a multitude of stages, driving up and down dusty fields, and changing dirty diapers,” said Ty Hunter. “It’s meant a lot of shifting gears, and along with that, the highs, lows, and many changes in our State Of Mind. This album is a compilation of stories that reflects those shifts in thinking, and we can’t wait for listeners to come along for the ride.”

While they are certainly not riding anybody’s coattail, The Hunter Brothers talents remind me so much of the duo High Valley. They both possess down-to-earth, family first vibes that can’t be ignored when you listen to their music. They have a wholesome, solid sound that anybody would love.

I do enjoy the fact that each song has something different to add to the album. Even though I’m not all that sure I like “Days Off”, I appreciate the fact they pushed the limit and tried something a little different. My favourite of the album is most likely “Natural” and “Northern Lights”. First, “Natural” is an honest and lighthearted song that more people, especially young women, need to hear. While “Northern Lights” is an ode to Canadian life in the midst of a love song. It also showcases their lovely harmonies, which is never a bad thing!

So if you like what you hear, be sure to check out their upcoming #TheJourneyTour. They’ll kick off in Abbotsford BC on January 25th and will be bringing together the best of Canadian Country Music. Making their way across Canada they’ll wrap-up 22 stops later in Sudbury, Ontario on February 24th.