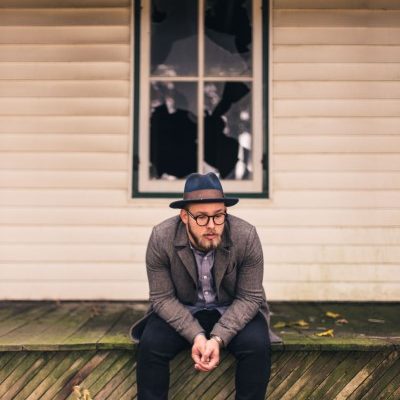 Ontario’s Benjamin Dakota Rogers has unveiled the video for his single, “Better By Now”. Benjamin’s music has been described as “genuine, emotionally-charged folk, that can only be delivered from the honesty, strength and grit of a farm boys hands.”

“Better By Now” is the title track from Benjamin’s fourth studio album.

“It’s a folk-pop ballad that explores the internal friction people endure when pushing themselves to swallow bitter truths and move on.”

My name is Benjamin Dakota Rogers. I’m a 22-year-old folk indie songwriter from Scotland, ON.

Writing music has always been a really gentle process for me. It just starts usually with a feeling or an emotion and my guitar and I just sort of make it up while my phone is recording and then go back through the recordings and pick out the parts that really portray what I want the song to say. Do you have any upcoming shows? I have a bunch of upcoming shows. On January 26th, to celebrate the release of “Better by Now” I’m playing in Toronto at The Cavern Bar on Church Street. I just accepted a residency at Cranberry Creek Gardens in Delhi, ON starting in March. I’m also embarking on a national tour in April to promote my upcoming album. The tour kicks off at Hugh’s Room in Toronto on April 6th.

It’s me with a guitar usually getting pretty emotional with one or a few really amazing people backing me up on various instruments, usually the upright bass and always lots of harmonies.

Definitely “Better by Now” as it’s the only song off of the new record that is currently out, but it also really captures the feeling I set out to capture when writing it, and I’m really happy with how it turned out.

Ugh, that’s hard I’ve really been digging Joey Landreth lately. Donovan Woods is always up there for me as a songwriter…and he’s funny as hell.