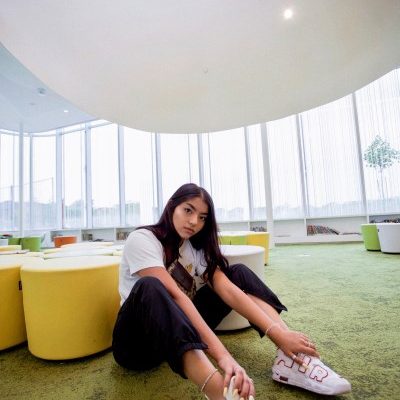 The 20-year-old has immersed herself in music for as long as she can remember; carefully studying artists like Amy Winehouse as she developed her songwriting and her passion to perform. Her interests became her goals in 2018, cementing the notion that this was what she was meant to be doing. As a new artist, Kiana says her knowledge about the industry grows daily, allowing her music to constantly evolve. Drawing from artists like Billie Eilish, the concept of writing as a character, rather than always autobiographical, peaked her interests – opening up a new songwriting door for the up-and-comer.

Primarily writing solo, Kiana penned her first co-write with her good friend TC, collaborating to create her single “Way Out.” Though she doesn’t describe a particular musical style, preferring instead to “Just listen to the beat and ride the wave.” She says “I feel like it’s really difficult to categorize my sound into one genre because my music is a reflection of how I’m feeling in that moment and also what I’m listening to during that period of time, but I do really like to sing over hip hop/rap beats.”

Her influences range from icons like Amy Winehouse to newcomers Jorja Smith, and seasoned hip-hop veteran PartyNextDoor. When she’s not looking to artists for inspiration, she credits her environment, the city, and the people close to her for guidance. As her friend Maria tells her, “Whatever you do, whether it’s cutting the grass or starting your own business, just be the best at it.” Kiana knows that a career in music doesn’t come easy, but says she’s ready to put the work in and face every obstacle head-on.

The next step is releasing a debut EP, which Kiana hopes will resonate with her growing audience. When she thinks about the future of her career, Kiana just wants to prove herself; growing her music, her networks, and to be able to eventually reach audiences all over the world. Her work is available on all streaming platforms – stay tuned for her debut EP release by following her on her social channels.