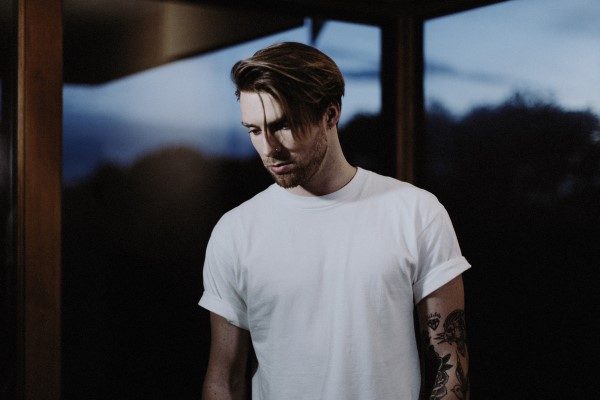 Vancouver based pop artist, Jordan Waller has released his debut full-length album, Melancholy Dream. To celebrate, he will be hosting an album release party on February 2nd at Vancouver’s Venue.

While Melancholy Dream mark’s Waller’s first album, he has been releasing singles since 2016 and has amassed an impressive one million streams on Spotify. The twelve track album follows his most recent single, “Moonlight”, a synth-heavy pop track which was released earlier this month.

We caught up with Jordan for a segment of Five Questions With, so take some time to find out more about him below.

Hi, my name is Jordan Waller, I’m a pop artist from Vancouver. I’ve grown up here my whole life. For years I played guitar or drums for other artists and when everyone eventually decided they needed to figure out what they were actually going to do with their lives, I decided that making music is what I want to do. So I began making pop music from then on. And now we are here releasing my first full-length album (on January 25th) and playing shows that I dreamed of playing.

My music can seem somewhat cliche as its all about love and heartbreak. But I write my songs from personal experience so it’s just natural for me to write about those things. I only write music that holds meaning to me, I’m not trying to just make the next big hit. I want it to be catchy and easy for people to get, but it has to mean something. This album is just the start of a bigger story.

Yes! I have my album release show Feb 2nd at Venue in Vancouver. The way I see it is, take the album once you have heard it and then give it that extra 10 to 15 per cent that only the live drums and guitars can really bring. Pop with my roots of pop rock in there! You can expect high production value that you don’t normally see from an artist at the level I am at. I’d say it’s worth coming to see 🙂

This is so tough. I think I would have to go with latest single ‘Moonlight’.