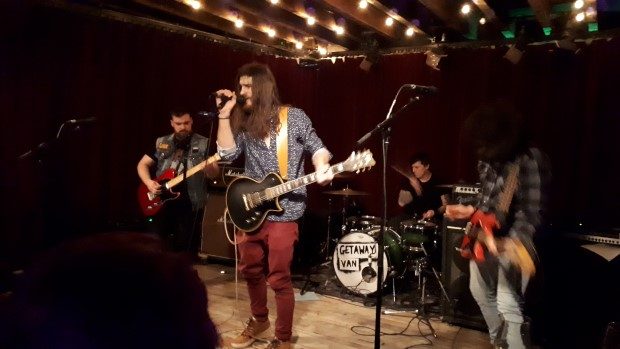 It was hard to move through the crowd at the Railway this weekend. Bodies were pressed to the stage to see the acts lined up; and for each band that did, they definitely did not disappoint. It was a night packed full of homegrown talent that carried on way past the Skytrain’s last stop.

The show started with Vancouver’s William John who performed a mix of folk, rock, blues and country with a three-piece ensemble of guitars, vocals and mandolins. The self-proclaimed ‘sad bastard’ artist had a surprisingly upbeat sound that was a good way for the audience to ease into the night.

I don’t think that the audience was quite ready for the intensity of the next band to step up, though. With a mix of kicking guitars, pumping drums and powerful female vocals, Vancouver’s Indigo Royals gave a high energy performance that got the audience jumping. Their sound is a mix of pop, punk and funk that is at once fresh, but also nostalgic. By the end of the set, the crowd was begging for just one more song! 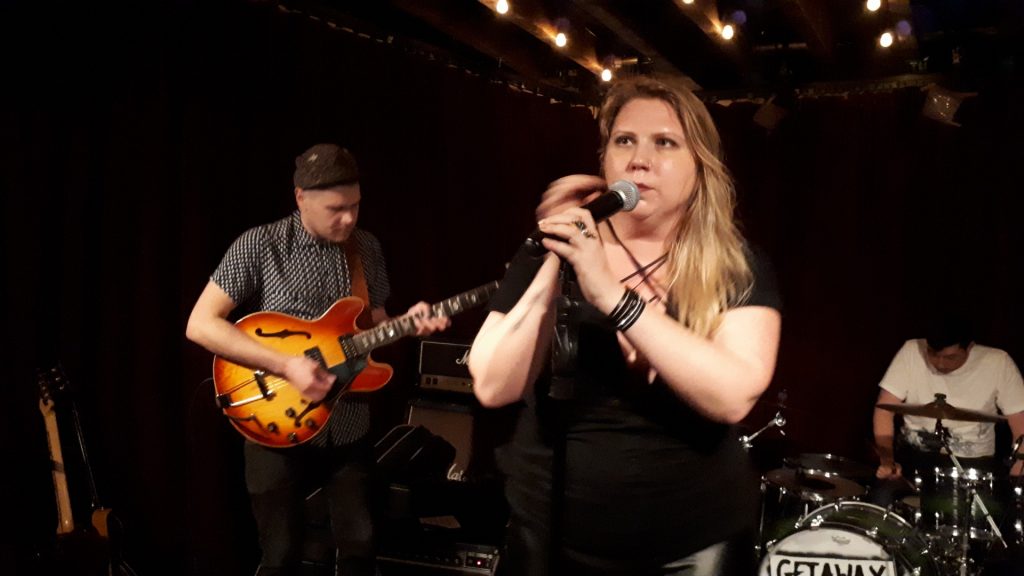 Next up was Vancouver’s Gnarfunkel, performing for the first time on stage. The band opened by playing an electric guitar with a bowstring to create a psychedelic, progressive rock vibe. What proceeded was Gnarfunkel’s classic 70’s rock show – headbanging, long hair and vintage clothes included. The show ended with another call for encores, but there was still one more band to go! 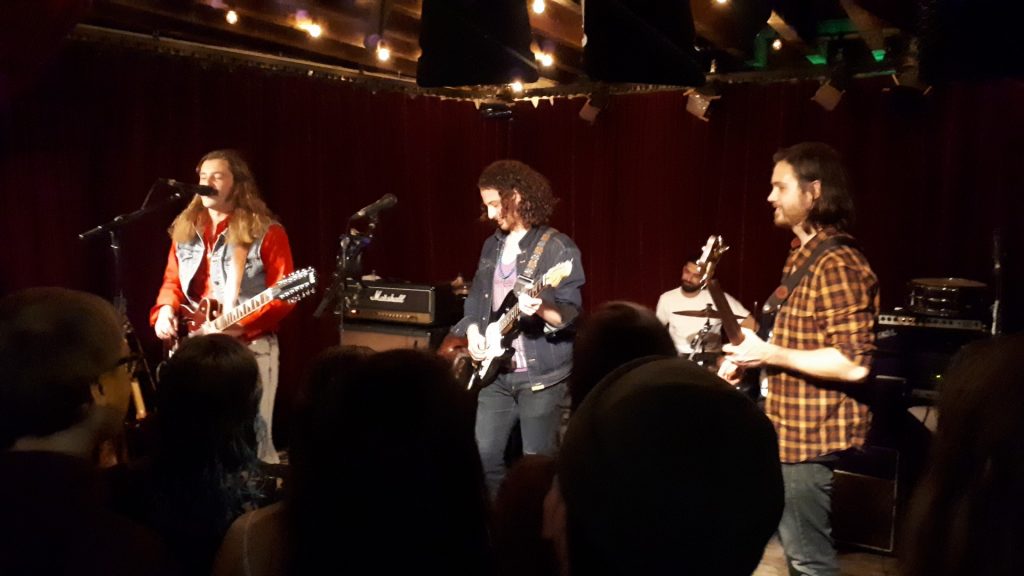 Just past midnight, Vancouver’s Getaway Van stepped up to the stage. Punk rock sounds rumbled the floor and empty glasses that were starting to fill up the room. With the crowd nice and loose, Getaway rocked us all with some solid guitar work and vocals reminiscent of Motorhead.

By the time it was all over, the crowd was good and spent from a diverse night of talent. All that was left to do was hop on the night bus for a well-deserved crash.