Home / Promos / Exclusive sneak peek of May Wells brand new video, “One and the Same”

Exclusive sneak peek of May Wells brand new video, “One and the Same” 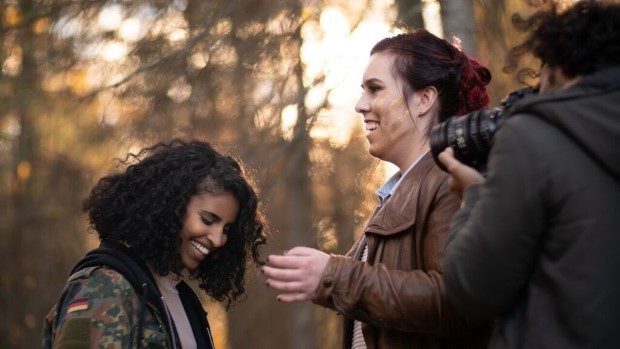 May Wells has kicked off 2019 with the release of the official music video for her latest single “One and the Same.” Officially the new video is released tomorrow, but Canadian Beats has snagged you an exclusive preview to check out the video here.

The music video setting is almost post-apocalyptic. Wells finds herself alone, searching through the forest until she starts to meet other wanderers just like her. The video cast was comprised of a solid team of dancers, including some of which who were ex-participants of television shows like Revolution and Danser pour gagner. As each person meets the other, the video wraps with an epic dance routine and conveys a subtle message of love, respect, and acceptance. Messages that Wells prides herself on bringing into this world.

Written by Wells and John Nathaniel, “One and the Same” debuted last October and has already received over 130,000 plays (and climbing) on the music streaming platform Spotify alone. “One and the Same” is well produced and features different musical elements coming together to bring you the fresh new track. Wells put focus into the song with her powerful lyrics and catchy rhythms to share the message that we aren’t all that different from each other. “One and the Same” is the follow-up single to her anthemic track, “What’s Up BIG BOY?” which was released last year.

Wells is presently in the studio working on completing her upcoming EP which will be released later this year. On January 28, 2018, Wells will also release her French-language single “Je ne t’oublie pas.” The single will be presented in support of the upcoming suicide prevention week.