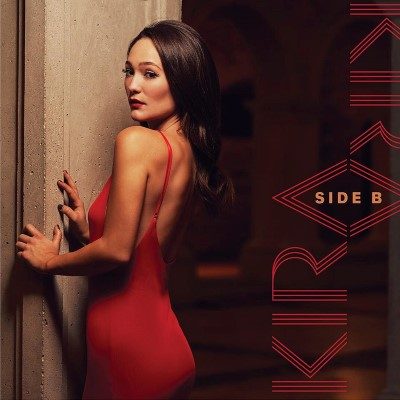 Kira Isabella (aka KIRA) is following up her Side A EP with its anticipated follow-up Side B – the Canadian country phenom continues to make waves with her signature brand of country. At just 25-years-old her accomplishments have reached an impressive level; three Top 10 singles on the Billboard Canadian Country Hot 100, opening slots on tours with country powerhouses Carrie Underwood, and Terri Clark, and a CCMA Female Artist of the Year under her belt. The release of these EPs finds itself with some impressive female names attached. Maren Morris co-wrote “Danger” featured on Side A, while Side B has Danielle Bradbery as a co-writer on the breezy, sultry track “Soon.”

Opening strong with the fiery pop-country crossover “We Should Be Together” sets the stage for Isabella’s vocal range, as she dips between soft sultry tones to a powerhouse chorus. Following up is the Caribbean-inspired “Holiday” which will undoubtedly make you wish you were on just that. Isabella switches gears and strips down with her piano for the breakup ballad “XGF” – as she’s proven before, she’s no stranger performing a range of emotions. The Danielle Bradbery co-penned “Soon” brings the tempo back up to a sultry slow-slow burn as Isabella croons and promises love and passion, all in due time. The piano makes its return on the final song “Sleep When We’re Dead” which is sure to find its way onto more than one first-dance song come wedding season.

Kira’s Side B is a solid follow-up to Side A’s energy as we hear her vocal range from upbeat stompers to stripped-down ballads. Equal parts sweet, sultry, sad, and sassy, Side B hits all the right notes.