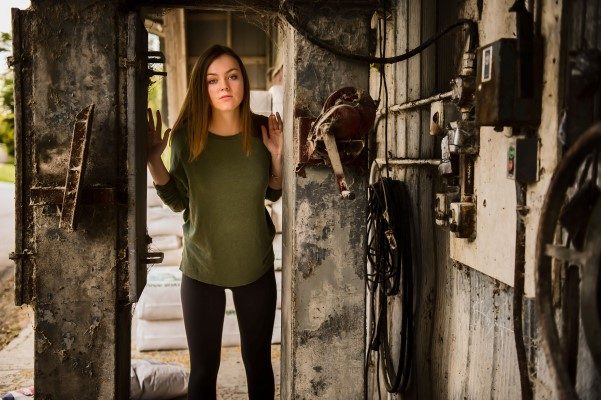 Guelph, ON-based 16-year-old artist Mikalyn Hay has recently released her debut single, “Gone” along with a video for the release via YOUNK. Take a moment to check out the single below and find out more about this talented Canadian artist in our interview below.

Hi Mikalyn! Welcome to Canadian Beats! Please tell us a little about yourself.

Hey! I am a singer/songwriter from Guelph, a city about 50 minutes from Toronto if traffic isn’t terrible. I also play keys and do as many live shows as I can fit in, which I love.  I’m 16 years old and have been writing songs since I was 10.

Your debut single is called “Gone”. What can you tell us about the song?

Gone actually has an interesting backstory. I wrote it 2 years ago with Murray Daigle and Bobby John, and then put it on my first full-length album called 12:15. Although it was one of my favourite songs, it never gained much traction until this year when YOUNK, a community funded record label decided to get behind it.

What can you tell us about YOUNK and how you became involved with them?

I became involved with YOUNK through Don Grierson, who I met 5 years ago through a connection at the Songwriters Association of Canada.  Don is a veteran A&R Executive, best known for signing Celine Dion in the US, as well as his work with a long list of artists including Tina Turner, Cheap Trick, Kate Bush, and Duran Duran. I’d kept in touch with Don over the years and when he launched YOUNK he suggested I join, which was one of the best decisions I’ve made. YOUNK has been amazing and I’m so glad Don suggested I get involved.   Going to LA was a goal I had set for myself and YOUNK made that possible.

Can you tell us about the video shoot for Gone?

The video shoot for Gone was unlike anything I’ve ever experienced in my life. It was amazing. Everybody on set was super professional, positive and hardworking. It was my first experience shooting with a crew, so the whole thing was new to me and blew my mind. We shot from 5 pm until 2 am, and some of the crew came earlier and stayed later, which I was super appreciative of. I loved every second of it and it was without a doubt one of the best nights of my life!

Canadian Beats is all about Canadian music. Which Canadian artists are you currently listening to?

I listen to a lot of different music — you should see my Spotify playlist! Some of my current Canadian favourites are the Weeknd, Alessia Cara, Tyler Shaw, and Shawn Mendes. There are so many amazing Canadian artists, writers, producers and venues and I’m so happy to be part of this industry.  I am also thankful that people take time to come out and see live music.