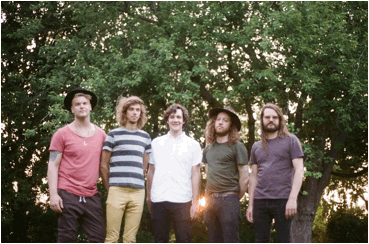 Toronto-based rock band, Sun K, announced new tour dates and dropped the music video for “High In The City” this week. “High In The City” was featured on their sophomore album, Bleeding Hearts, which was released last October. The band’s singer, Kristian Montano, says the video “is all about the quintessential summer day in Toronto with friends,” and follows the group taking a trip to the Toronto Islands and having some fun. “We hope this video serves as a reminder that the days are getting longer and summer is on it’s way!”. Watch the video for “High In The Summer”:

Along with the video, Sun K also announced their High In The City Tour, which will kick off February 21 in Barrie, and and wrap up on March 9th in Saint John, NB. Huttch will be joining the band as support for most of the dates. Full list of tour dates: